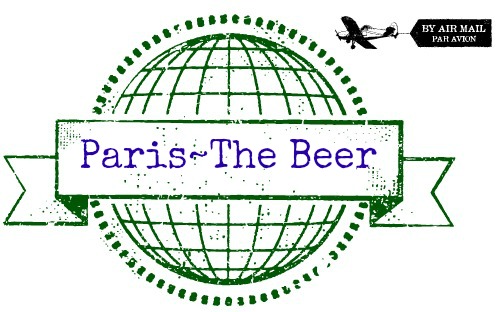 When you think of Paris, I’m sure you don’t think beer but I’m here to tell you beer can be found 🙂 Don’t worry we had plenty of wine but that was reserved for dinners (and lunches)!

Brasserie la Goutte d’Or  is the one of the few, if not only, craft breweries in Paris, so of course we had to find it. This is a brewery, NOT a brewpub and they do not serve on premises except for samples. We did not realize this when we went but it was still worth the trek. This is also in the sketchiest neighborhood I have ever visited in Paris, I would not go at night. That being said, the locals seemed friendly enough and there were other “tourists” that came in after us. I just want others to be aware and go doing daylight hours. We bought several bottles and carried them all back to the States with us.

I love the neighborhood that Brewberry is in and SO want to go back to explore it better. Brewberry is a beer store and bar. Had excellent service and a wide (as you can see) selection of bottled beer. They had a good mix of beers from all over the world. If you are an expat looking for a good American craft beer selection this is a good stop. The funny thing is they had beers from the U.S. we can’t get where we live. They offered a great free bar snack of bread and soft cheese. The Fleurac (pictured) was one of my favorite beers we tried in France..very unique taste and hard to describe, dark but not heavy, hop notes but not bitter or floral-more earthy. This shop also featured their own Mikkeller brew…which is pretty cool.

La fine Mousse is a bar you want to hang out in. The bartender is incredibly friendly and helpful, and so are the patrons. P and I both said if we lived in Paris this would be our neighborhood beer bar. Someone else also wrote that same statement on Trip Advisor so it was not just us with that feeling. This is a bar (not restaurant) though they did have an amazing looking charcuterie plate. I would have insisted on ordering that if we had not had dinner reservations in a hour.  This bar had a great selection of draft beers, with more than six from France on draft. This was the most draft beers from France we were able to find. If I had to go to only one of the places listed here it would be La fine Mousse.

The Beer Academy is Belgium beer focused, no French beers but a great selection.  It is a funky little place, and was a good stop to get us out of the rain. Great if you are looking for a wide variety of Belgium brews.

Another recommended beer destination in Paris is Le Supercoin, unfortunately we did not get to try this establishment, but maybe you can.