It was a dark, cold, and rainy night in January of 2011. I wasn’t in the mood to go out; it was a stay at home and watch TV kind of night, but duty called in the form of a birthday celebration. Well, as fate would have it I sat across the table at this dinner from the man that is now my husband. P would tell you that he knew immediately 🙂 I, being the more stubborn/realistic type, would say, “I don’t know.” I may or may not have called him “a bit socially awkward” in response to one of his stories. Luckily, P knew he was, or maybe he just liked, being teased, but he stuck around the rest of the night to ask me out. When we exchanged numbers he said, “You will go out with me” and I said, “We will see”. I’ve never been one to give in too easily. I told him to text me on Monday, and he texted me on Sunday to set up our first date.

Our first date was at a local bar, which P swears he was so nervous about picking. I was immediately impressed that he had befriended some random couple at the bar prior to my arrival (befriending strangers at bars is a very Mariah thing). When it came time to order drinks I ordered an IPA. P would tell you that he immediately started to worry over my choice and if I understood what I was ordering. I think he actually fell in love when I told him I had my plate at Saucer, meaning I had drank 200 different beers. We ordered more drinks and proceeded to spend over 4 hours talking at the bar, and that was pretty much it. 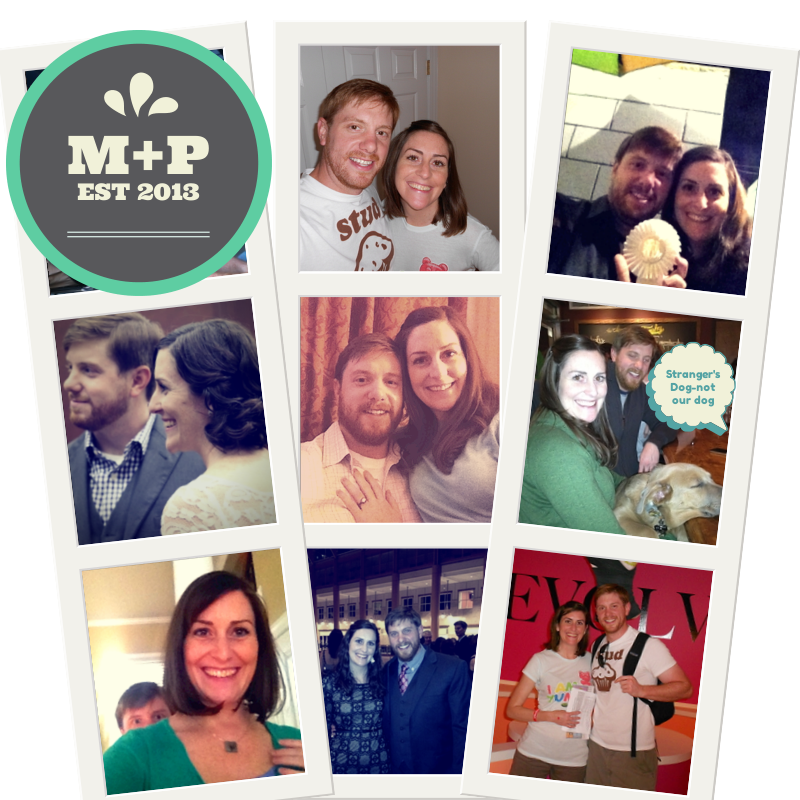 We got engaged in December 2012 on a trip to Austin, TX. We got married in August 2013 at the courthouse here in Raleigh. We spent the money saved by not having a big wedding, on a honeymoon to Europe. We were both over the age of 30 when we met and neither of us had been married before. As I’ve mentioned, and have a whole page  about 🙂 we have no plans to have kids. The two of us are more than enough. We are 100% attached at the hip and I would not wish it any other way. P’s my best friend, my favorite person, and the best thing to ever happen to me. He was my missing piece.

How did you meet your significant other? Feel free to link in the comments if you have post about it.
And for all my single ladies…you never know where the road where lead and when your life will change forever, so make sure to get out there. If you have a post on dating feel free to leave a link for that too.