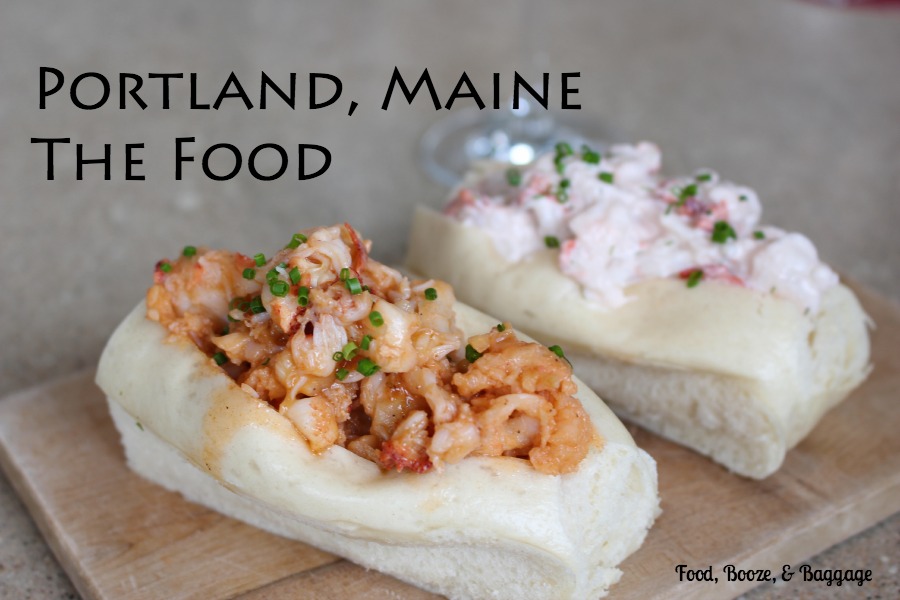 Eventide: We went here twice…enough said. 🙂 This place was incredible, fantastic food, creative drinks, and friendly service. We ordered lots and lots of oysters, and tried the brown butter and mayo lobster rolls. The brown butter was my preference. The oysters, oh the oysters, just amazing. The oysters from the Damarisscotta were my favorites. You have to get the horseradish ice…it brings a new meaning to horseradish and a new dimension to the oysters. And, then there is the drinks. So creative and I may of  had three at our very long lunch 🙂 The Green Mimosa was my favorite but the Briny Martini (pictured below too) was a close second. We stopped back in one night on our way to dinner and grabbed another 12 oysters and one more of those Green Mimosa…it was that good! 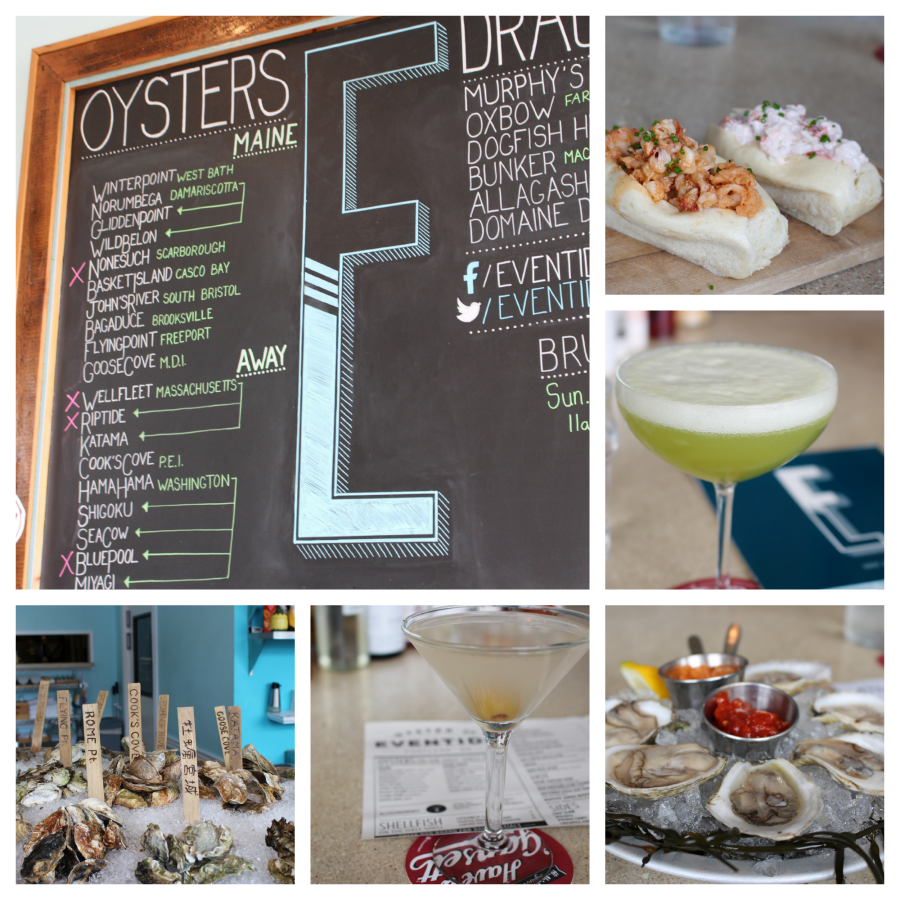 Fore Street: Quite impressive. This was listed on the Business Insider Best Restaurants in America, and I can see why. We had already made a reservation here before seeing the list, as Fore Street did came up in searches as THE restaurant to try in Portland. It was an amazing meal. We opted to take a seat at the bar, instead of the dining room. We tried the fiddleheads, as we were told by several people we that this is a local speciality that we must try while here. The fiddleheads were interesting, I think the flavor is derived from the cooking and not the fern itself. The mussels also came highly recommended, and were really complex in flavors since they are wood smoked. Fore Street is not a restaurant to miss on a trip to Portland. 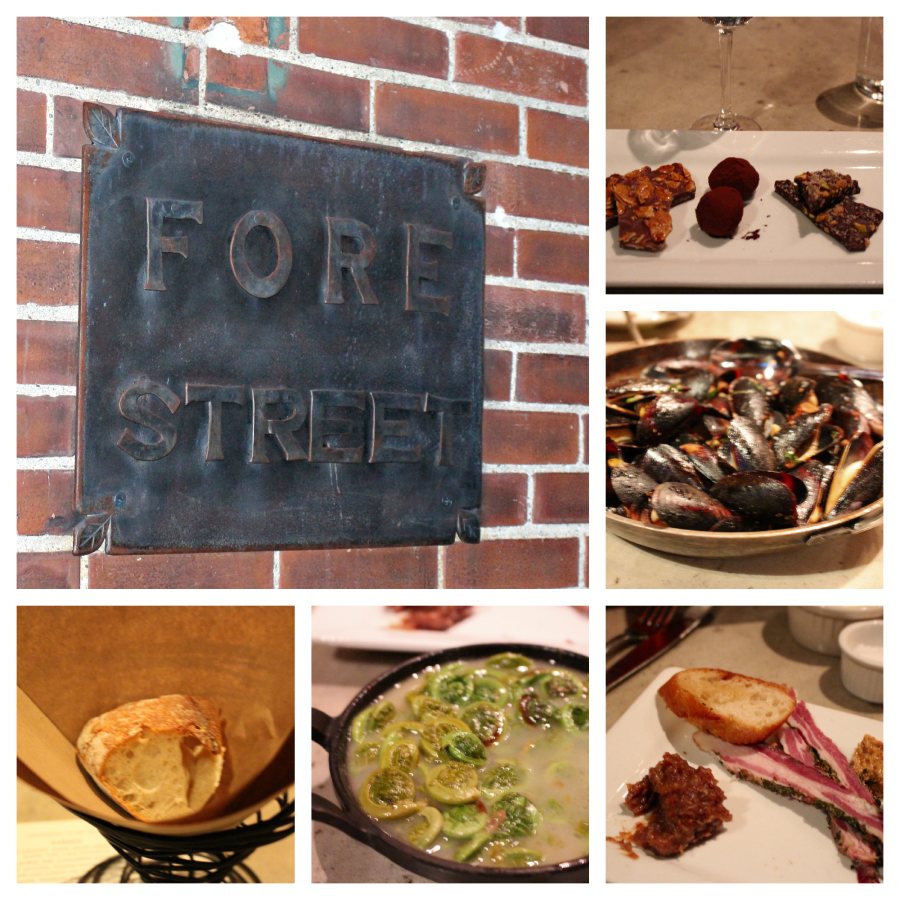 Portland Lobster Company: Right on the water and the perfect spot for eating a full lobster with a cold beer. P and I each had a lobster and then split a lobster roll. The lobster roll was brimming full of sweet lobster meat, and came with some delicious fries. Even after being stuffed I was still munching on those fries and that says a lot. I do not have a picture of the lobster roll as I did not touch the camera once we touched our lobsters…it is a messy meal! This is the best way to experience the lobster meal–outside, in the sun, with a cold beer. 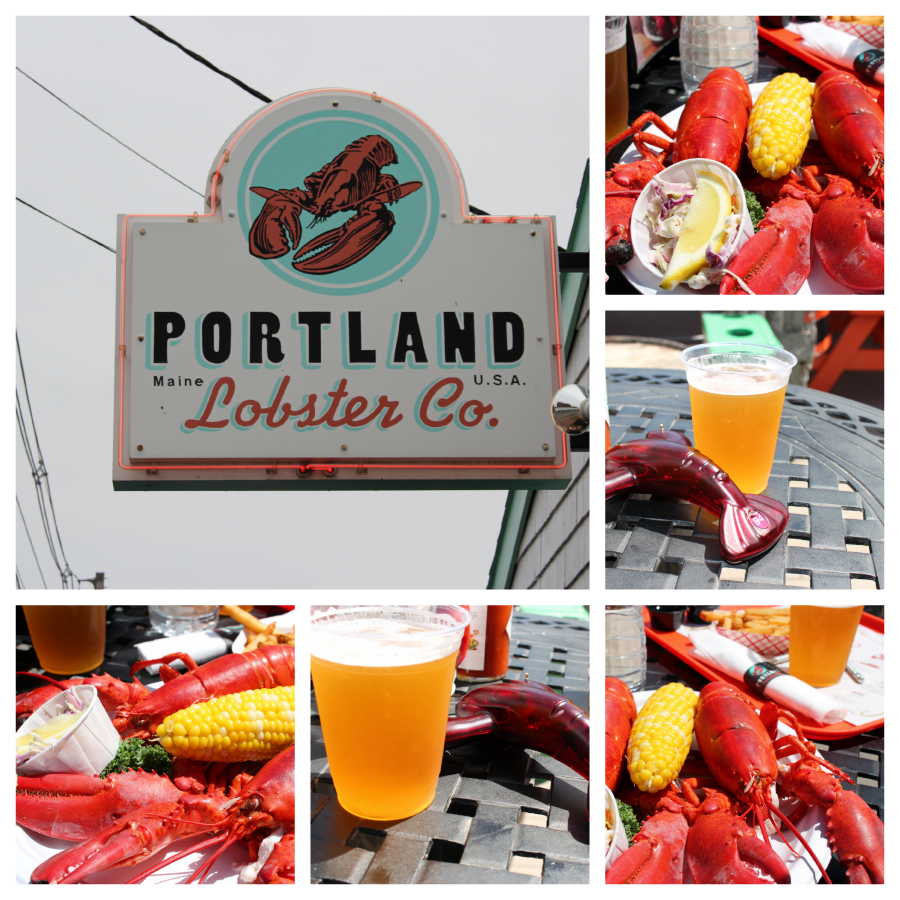 Duckfat: This was the perfect after brewery tour stop. Duckfat is known for their fries, so of course we got a sample of those and we split a sandwich, as we still had 9:00 dinner reservations. Duckfat is a small restaurant and was pretty packed even at 5:00. We enjoyed playing with the magnetic word board. Was it good…yes. Is it a must stop…let’s just say if I had to pick here or Eventide, it would be Eventide.

Vinland: This place boasts a very unique concept of serving 100% local (within 500 miles) food. Highly creative fare. No olive oil is used, no pepper, and all the vermouth/bitters/mixers for the cocktails are made in house. I would love to go back and  try dinner, but I have to make due with just getting to try brunch. 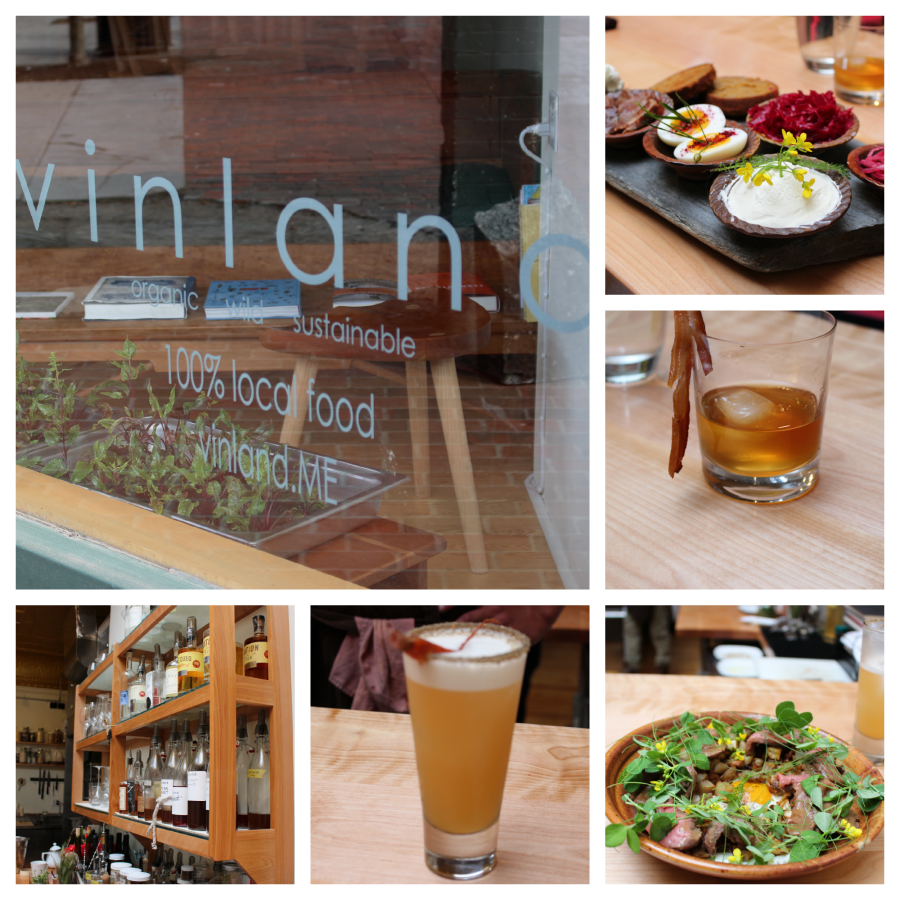 Holy Donut: The Holy Donut was listed on 21 best donuts in the US from the Huffington Post. It was ok, but I still think that Glaze in Charleston holds my spot as best so far. I had high hopes for the raspberry iced cannoli donut, but the filling was disappointing and the donut was a bit greasy. The cake variety was better.

Central Provisions: Excellent small plates. The tuna tartar was amazing! It was a great way to start our first night out in Portland. They also had a great list of local brews and unique cocktails. 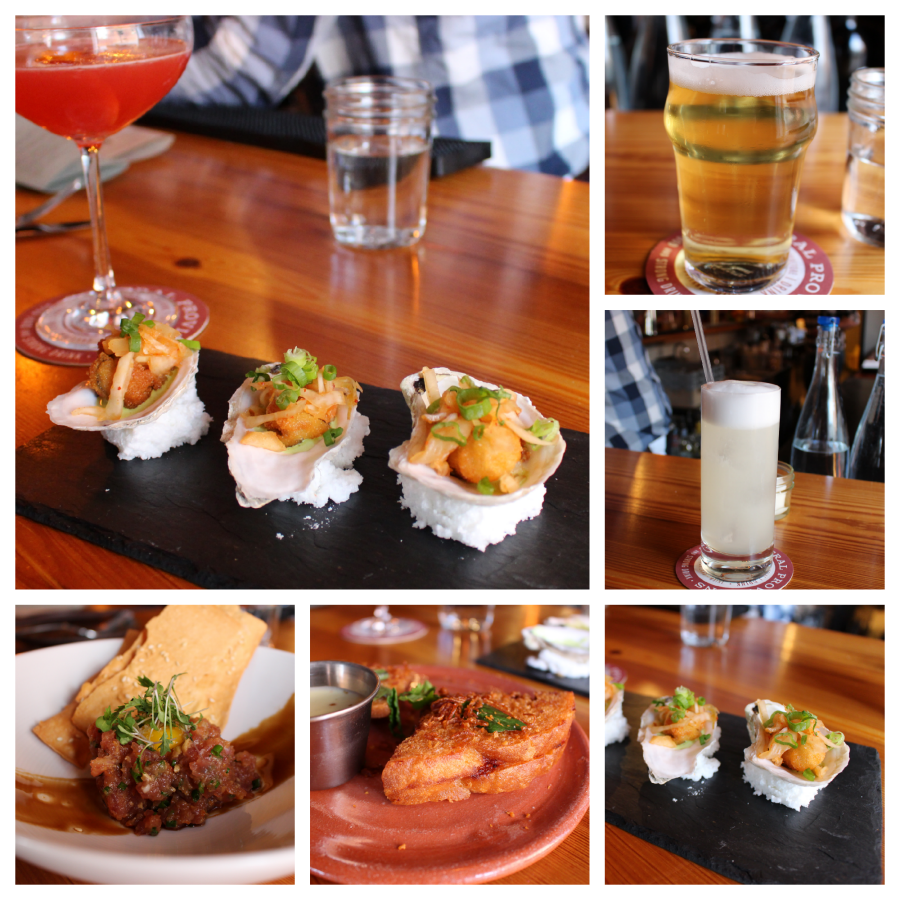 Bintliff American Cafe: Lobster eggs benedict and blueberry pancakes…need I say more, need i say more!?! The blueberry pancakes were maybe my favorite out to the two, but lobster in the morning tastes pretty good too 🙂 P and I broke one of our cardinal eating “rules” by ordering the same dish, but really who can turn down lobster benedict.

555: Excellent dinner! This was a 4 course dinner, that did not disappoint, unfortunately the same cannot be said of my pictures. I may or may not have had one too many cocktails (or really the free tasting at Maine Craft Distilling), and kind of forgot my blogging duties 🙂 We had a lovely dinner here despite my lack of photos to prove it. 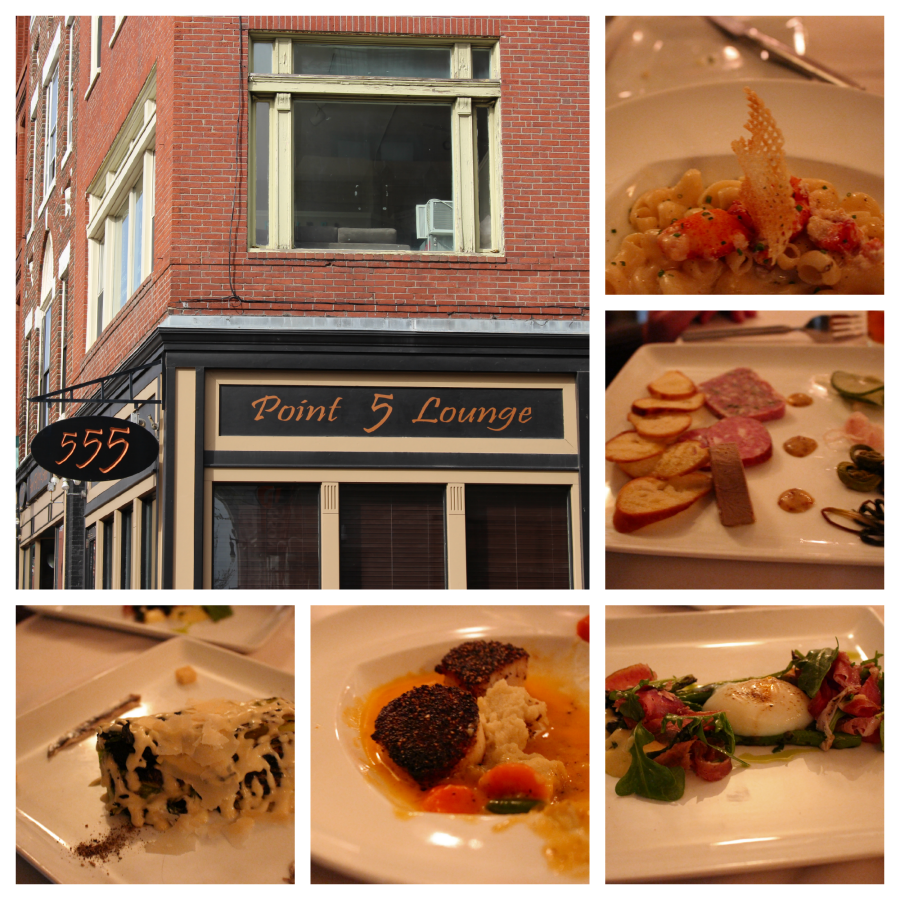 Boda: We decided to go here based on a ton of recommendations by locals. I was really disappointed overall. I felt like none of the dishes had that much flavor. I don’t recommend it. Since, I’m not recommending it I’m not putting up the pictures. It was not bad, there is just so many better choices.

Make sure to visit the prior two posts on Portland to get our full trip:

I’ve put together a Jauntful guide of the restaurants included in this post, our hotel, and few other restaurant recommendations that we thought looked good but could not squeeze into our trip.