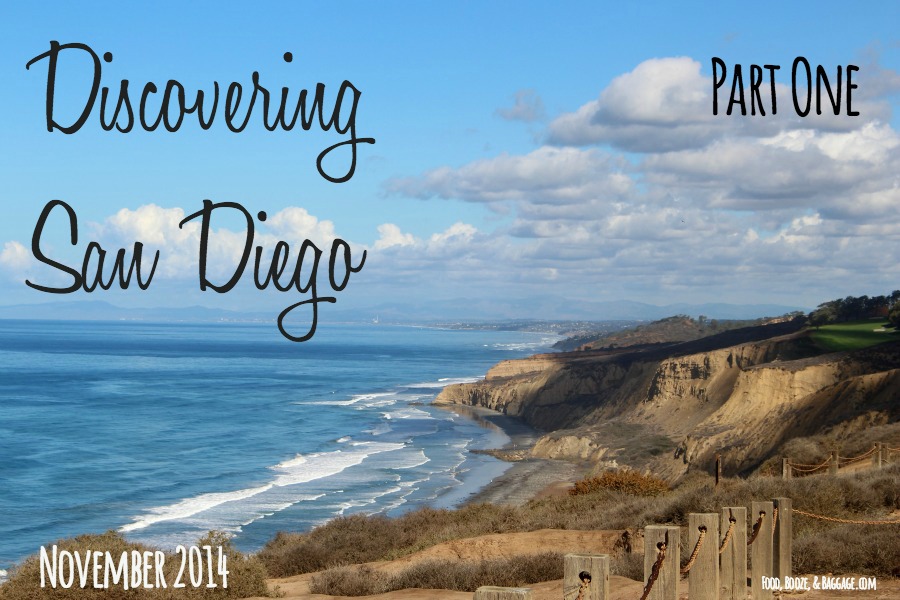 I’m back co-hosting the Local Adventurer Linkup with the lovely Esther from Local Adventures with Esther & Jacob!! Linkup any of your local adventures post, did you try a new restaurant, go on a hike, or take a little roadtrip? Share your adventures below!!

I’m changing the format of Discovering San Diego this month and splitting up the post into two parts. Part One: “the food” and  Part Two: “the booze” and “other” adventures. They are getting a bit long as one post. 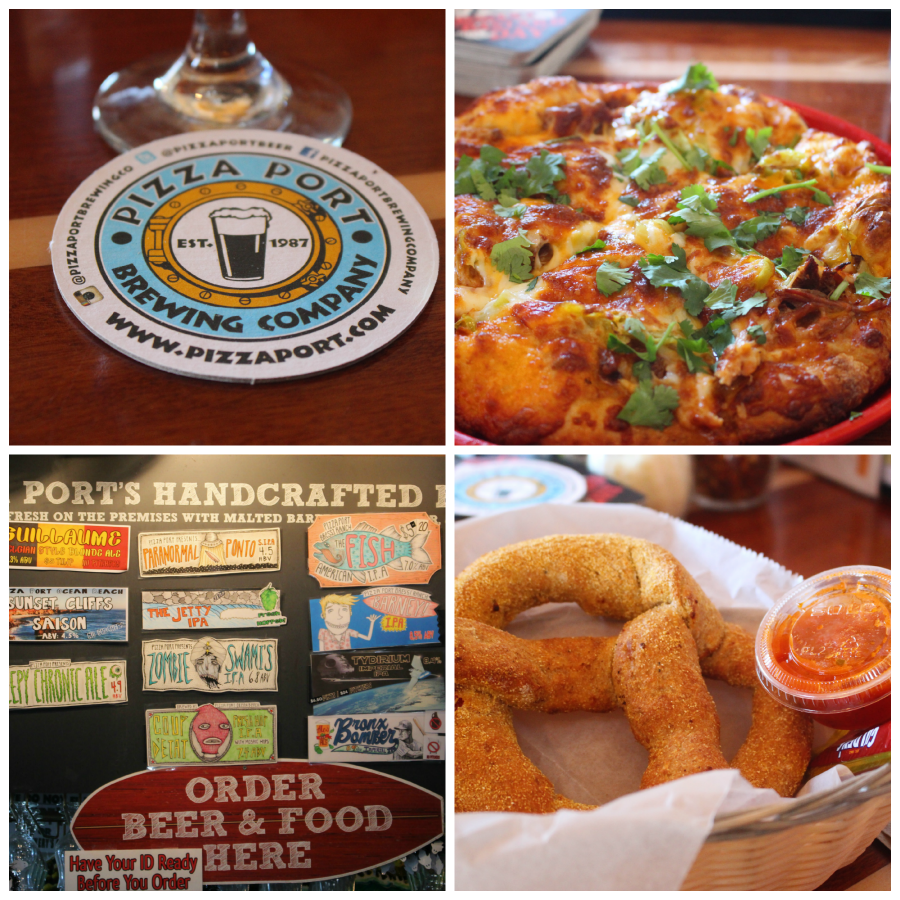 We have had a number of their beers at Toronado and Tiger!Tiger! but had yet to make it to one of their breweries. I’ve enjoyed almost all of the Pizza Port beers we have tried. I think they are producing some very solid beers. Besides the beers, their pizza was tasty too. The pretzels were nothing special and I would not recommend them, but the pizza is worth a trip to the brewery. Pro tip, if you sit at the bar, it is full service (no having to wait in line). I think we will definitely be returning to a Pizza Port in the future, though we will probably try one of their other four locations. 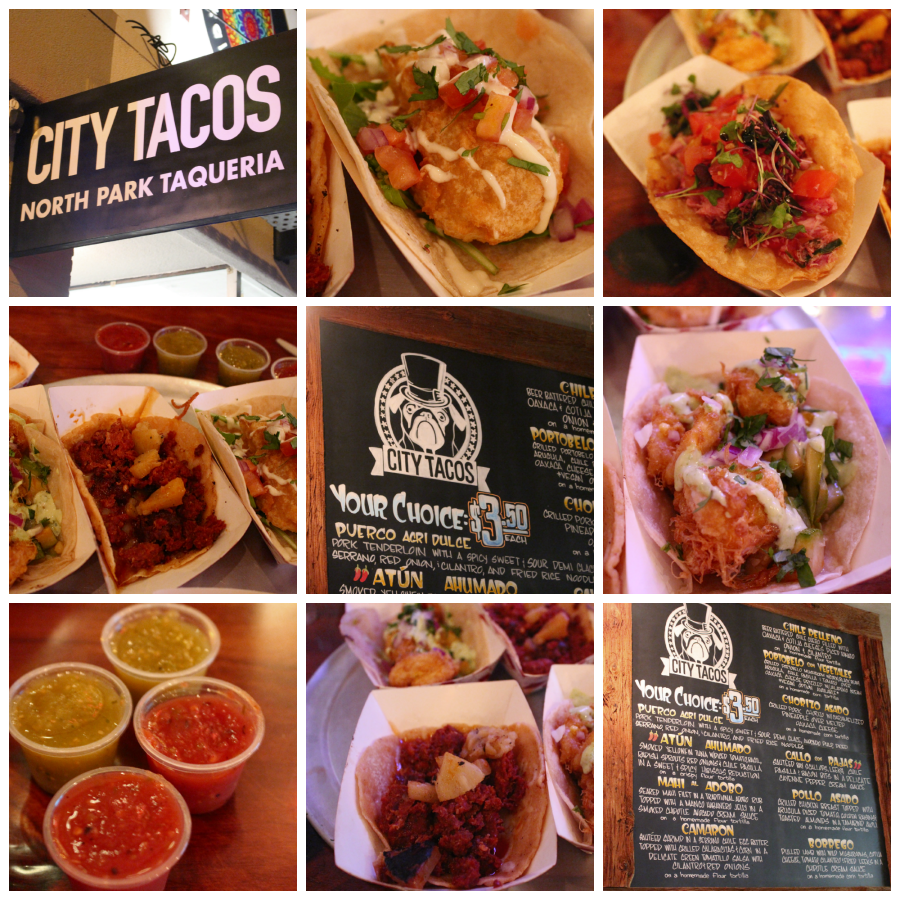 This won the San Diego CityBeat best taco shop, and was also recommended by a couple we sat beside at Tiger!Tiger!. It was quite good. The tortillas were fresh and handmade. The chorizo one was a bit greasy for my taste, so I probably would not go with that one again, but the flavor was really amazing. Our favorite was the chile relleno, don’t miss that one. 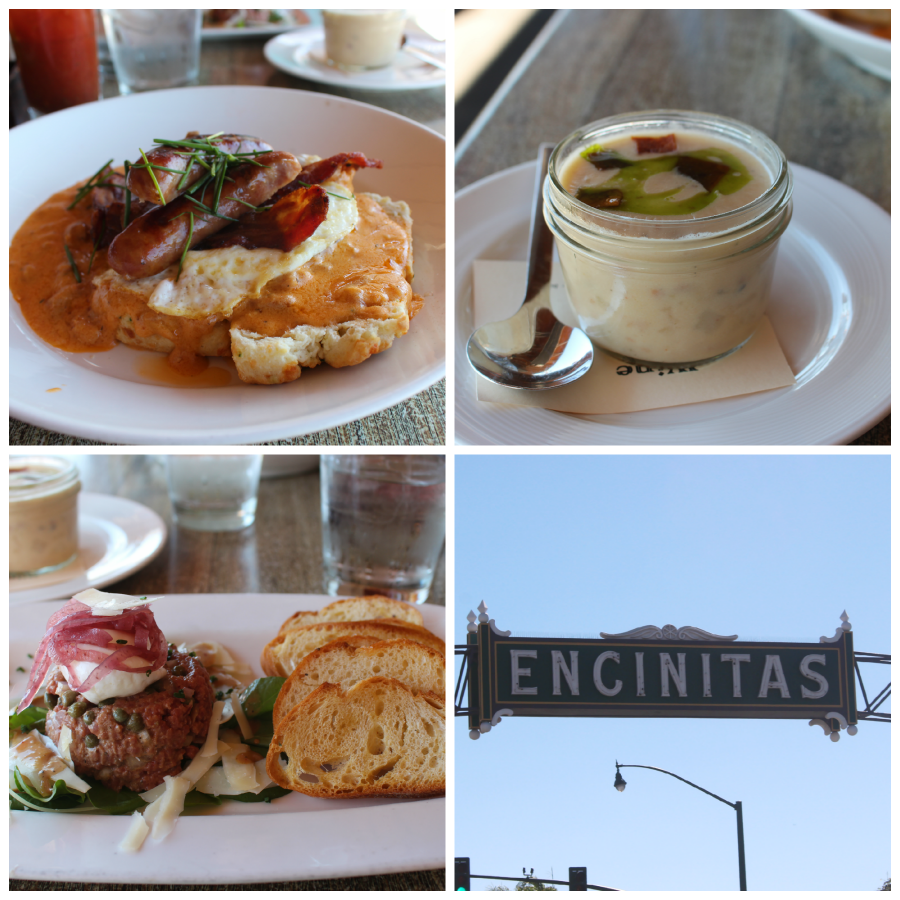 We went here for brunch as part of our Northern beaches trek. We sampled one brunch dish, “the Kitchen Sink” and two not so brunch dishes, the clam chowder and beef tartare. The clam chowder was delicious and so was the “Kitchen Sink”. The tartare was ok, very fresh but lacked seasoning. It seemed like a very popular spot, I would recommend reservations. The bloody mary was a bit too horseradish for my taste, or maybe I just wasn’t feeling it that day 🙂 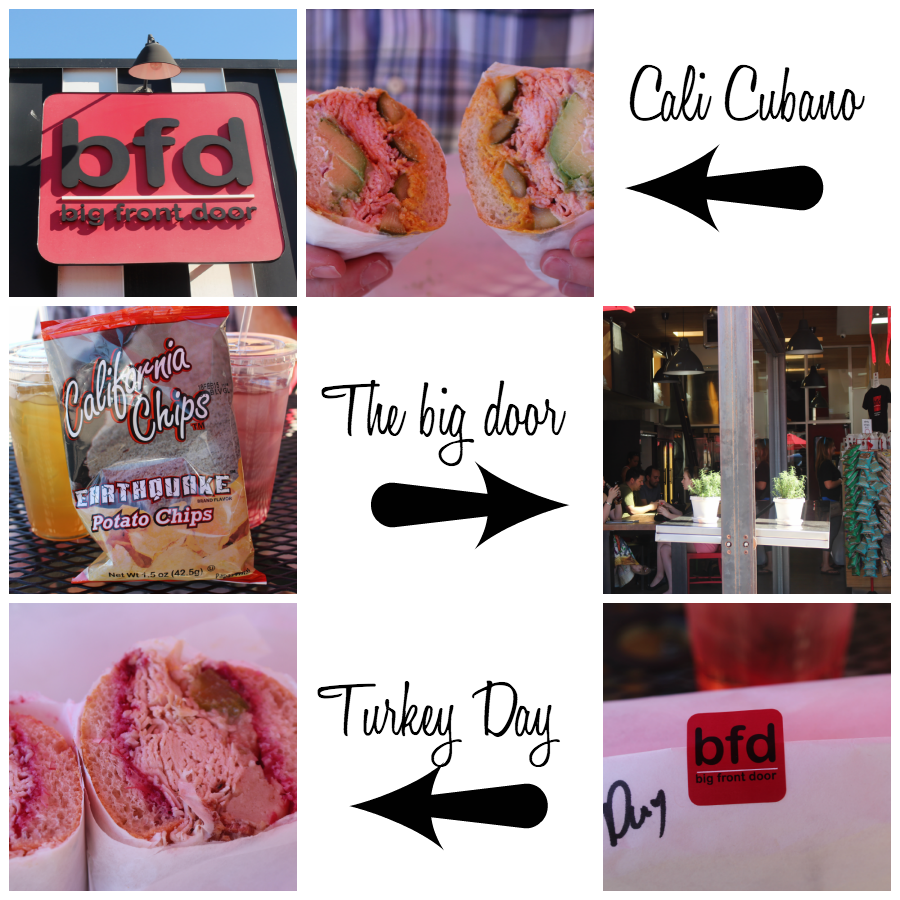 This is a little sandwich shop near our house, that we have been wanting to try for some time. The sandwiches are great, but extremely messy and huge. I wish they were a bit more manageable other than that I enjoyed it. We actually got take-out sandwiches about a week after we tried it, so it’s a return kind of place 🙂 Seating is limited so be prepared for a wait during busy hours. It also took a while for us to get our sandwiches on our sit down visit and they were not full. 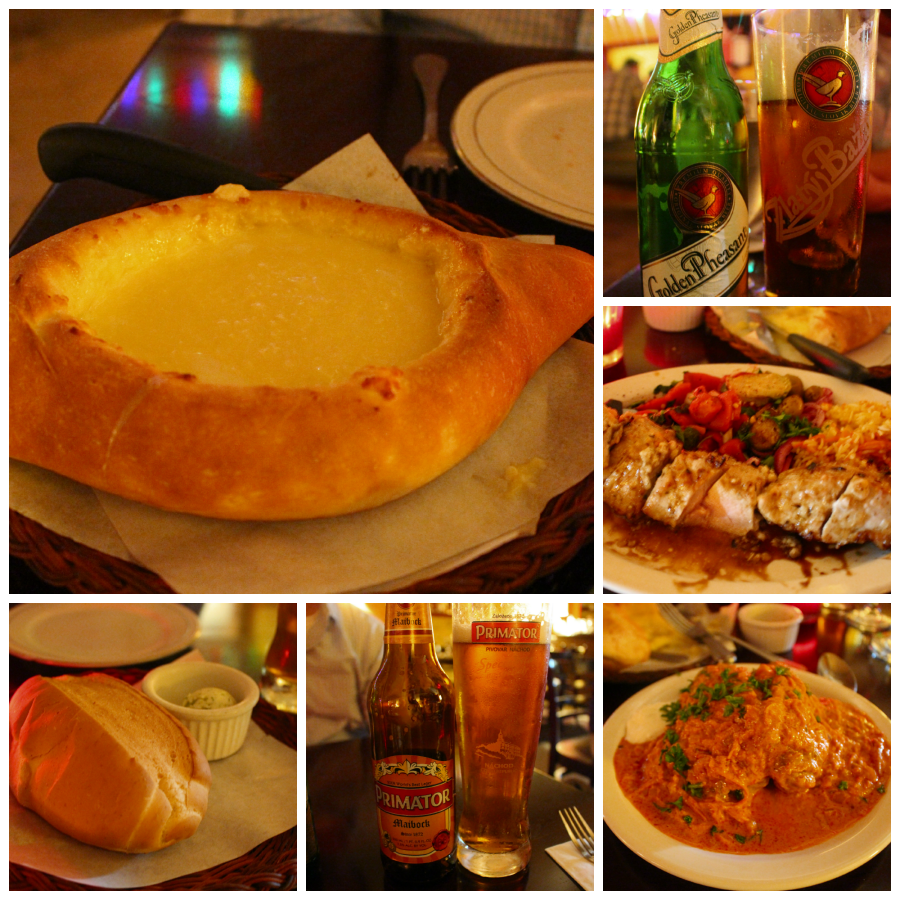 Another near our house spot. Pomegranate is described as Russian/Georgian cuisine. It has a very eclectic interior, with mismatched tables and graffiti on the walls. The service was great and we felt very welcomed. The food is on the heavy side, and they do not skimp on the portions. We had the GOLUBTSI and SHASHLIK (pork), and the KHACHAPURI as an app. I would have probably been happy with just the cheese…which was unexpected but so delicious. It was an enjoyable night out. 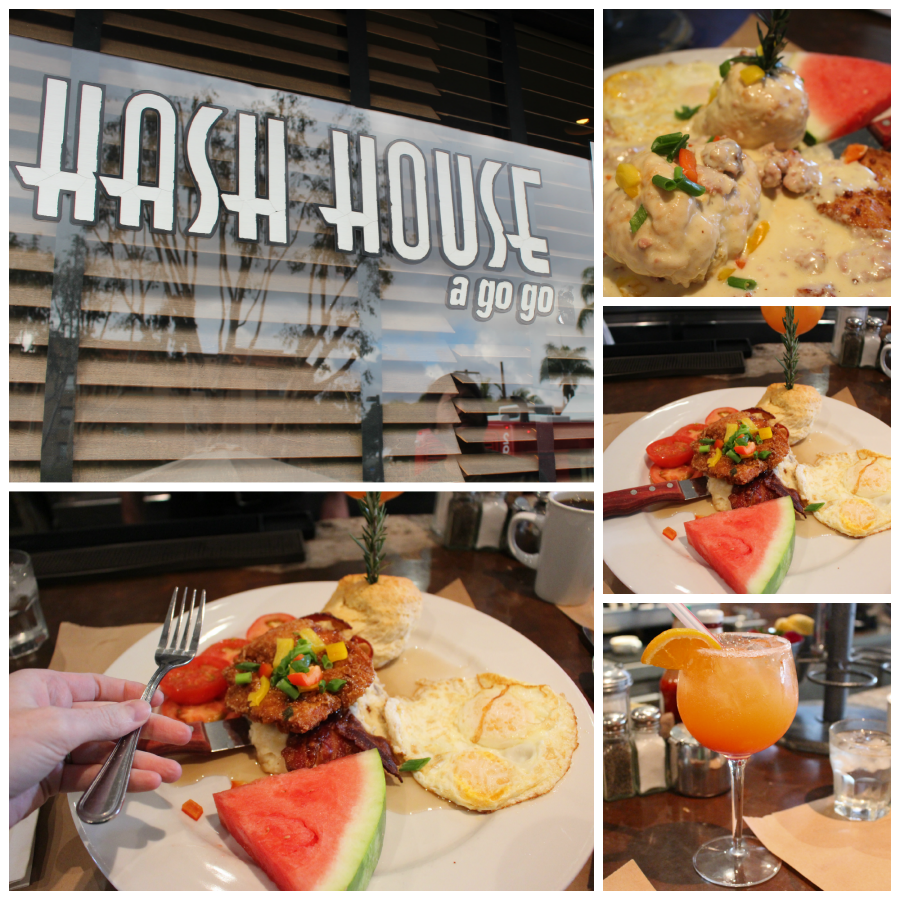 P and I decided attempt to get in here one Friday around 9:00 am, which seemed to be the right strategy. It was not what I expected! I thought it was going to be more diner and it was farm to table, creative dishes. First things first, the portions are stupid big, the plates are HUGE and are packed with food. If you can bring yourself to share a plate, do that. There is no way to finish one of these monsters on your own. All the food was delicious though, and the service was exceptional. They are on top of their game there. I can see how this place has such a cult following. By the time we were leaving around 10:00 it did seem that a wait was forming. Clearly some days they have a huge wait, as there are signs at the neighbors asking for people not to stand on the grass while waiting. 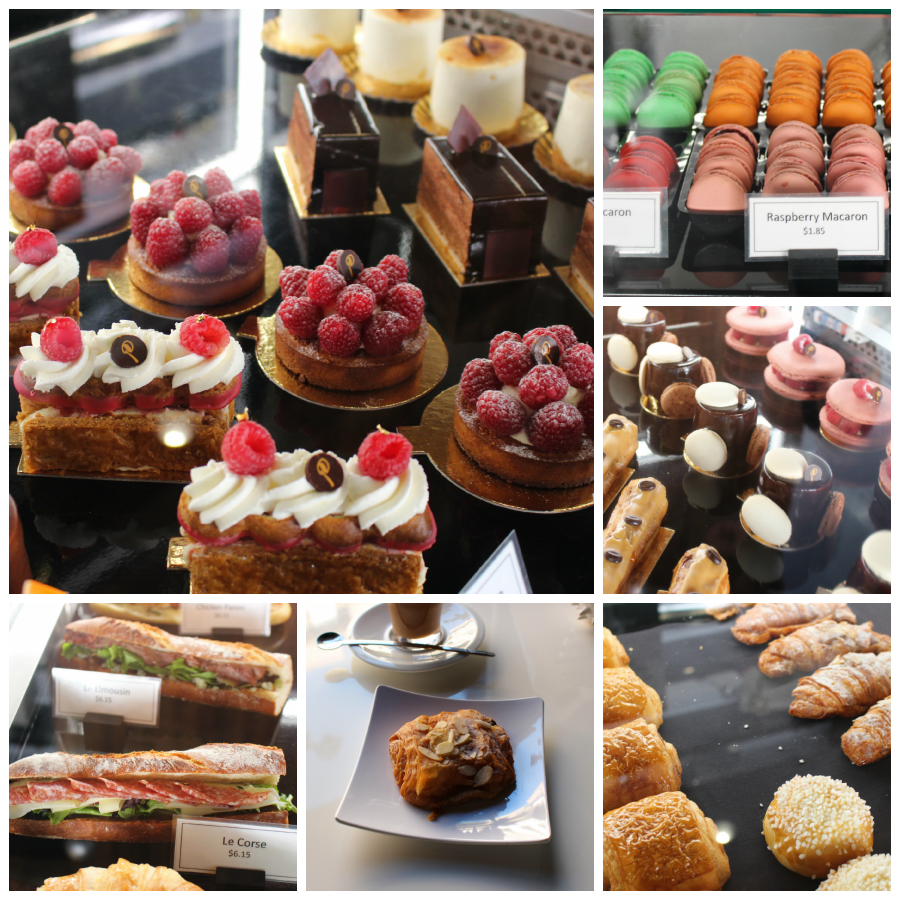 This is a Shannon (Brass Honey) find. OMG…words can’t even describe, just look at the pictures above. I was totally geeking out and could not focus, total spaz moment. These pastries are the real deal, they taste like what you get in Paris, not the extra sweetened Americanized versions. This place is going to be visited frequently. 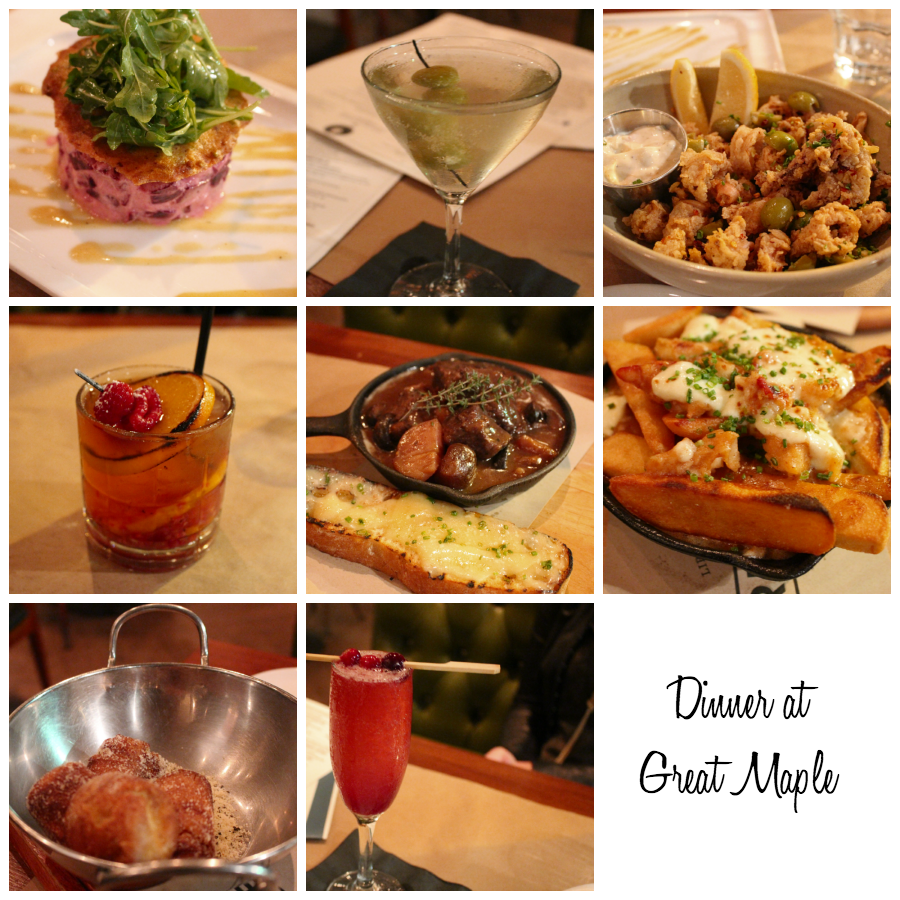 Shannon and I went to dinner at Great Maple. I was so excited to get to share one of my finds with her for a change. We had a great time along with great food and cocktails. I’m really partial to their small plates. The favorites from the night were the beet tartare and the calamari. The beef bourguignon was only ok, it didn’t quite have that deep flavor you expect. 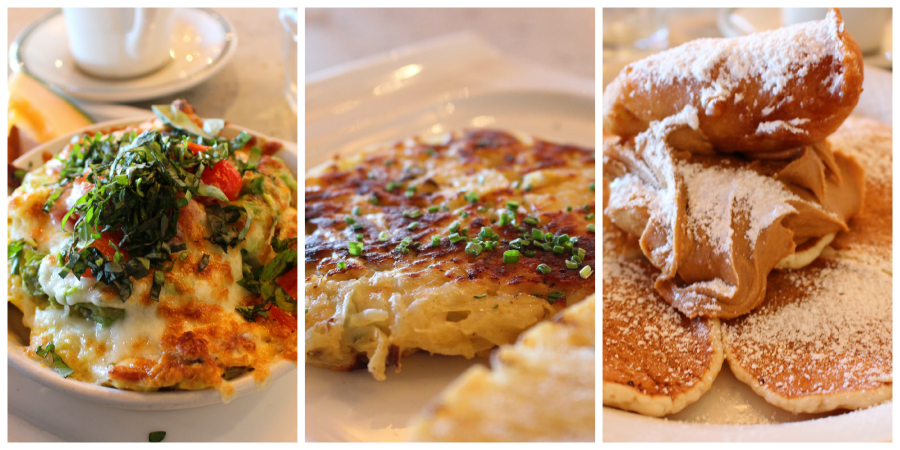 P and I also went back for a breakfast to load up before our zoo adventure. I finally got the fried banana and peanut pancakes and was disappointed. The peanut was just piled on and not great, it would have been better if it was whipped. The omelet however was SO good. The potato pancake was good but I like Cafe 21’s version better. 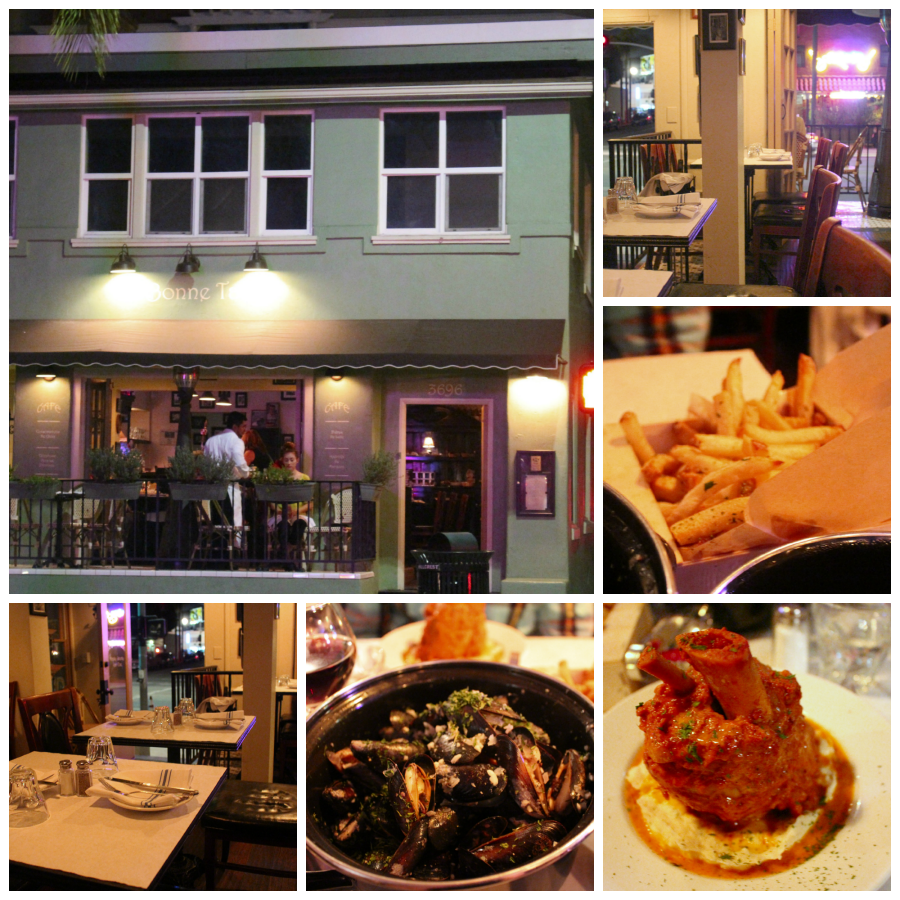 Very cute little place. I wasn’t wowed by the food. The mussels were disappointing but the beef shank was quite good. The menu is limited so not great for picky eaters. 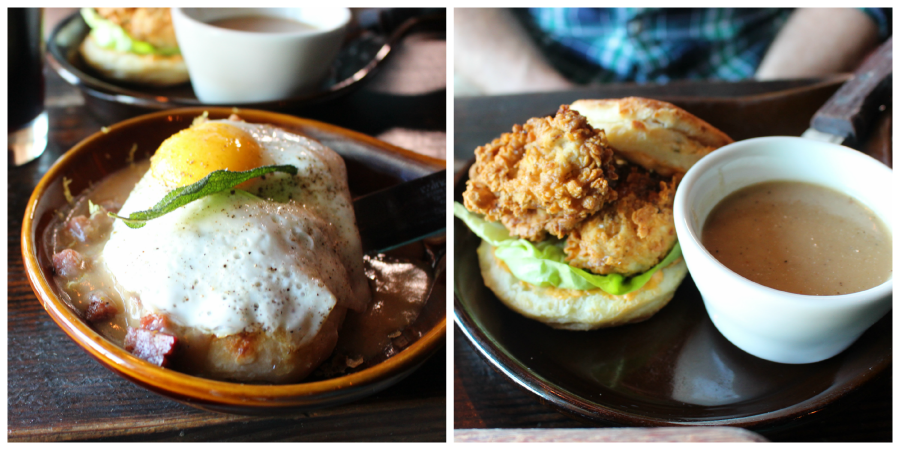 Tiger!Tiger! remains one of our favorite spots. We have been on a number of occasions for a quick dinner…well usually it’s a let’s get a drink and then we end up staying for dinner situation 😉 We finally made it in to try their brunch and it was just as good as all of our other experiences there. The biscuits are so good! Brunch, lunch or dinner you can’t go wrong 🙂 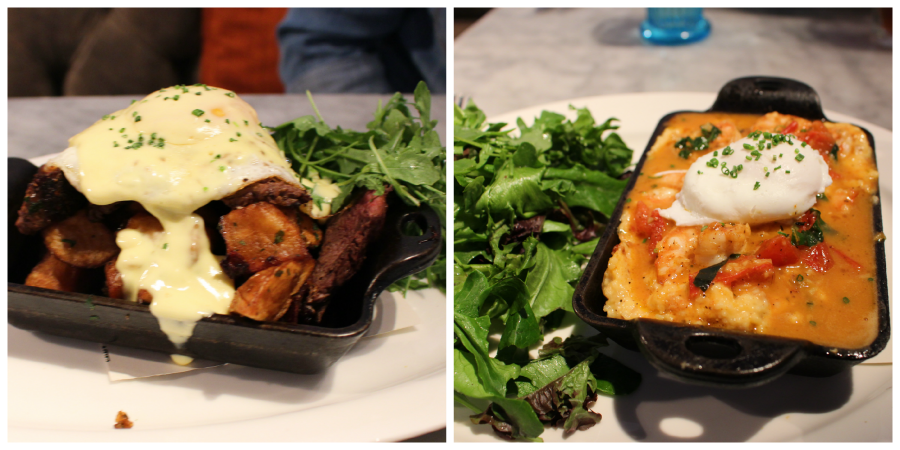 I met Shannon here for brunch on a Sunday, after looking for parking for 30 minutes…which for whatever reason Sunday seems to be toughest day to find parking downtown. The food was great! I had their version of shrimp and grits and Shannon had the cowboy breakfast (steak and eggs). The shrimp was cooked perfectly and the bacon grits were thick and flavorful. Shannon’s had great flavor as well, everything was seasoned well. The downside of our experience was being seated right behind a very rowdy party of 20. It was impossible to really talk and not a relaxing brunch in the least. I did mention this to our waiter and they actually comped our brunch, which I did not expect at all…so above and beyond service. This will be a return spot and next time I will get more pictures. I was so flustered I only got pictures of our dishes.

Sushi Deli
This was another San Diego CityBeats best of winner, and I pray this is not the best sushi San Diego has to offer. I think it won because it is inexpensive. Whole Food’s sushi is better. We will have to seek out some other sushi recommendations for next time.

For more of my San Diego adventures:

Now show us your local adventures!!

Tweet out your local adventure post with #localadventurer to be retweeted.
Thanks for linking up, and see you Jan 8th!