Today we are talking about the Belgian Tripel! Of course now we’re making it a little harder this week by picking a specific sub-style instead of a generic style.  Let’s jump Into the Pint Glass!

Ok, wait. Before we get into Belgian Tripels, you should learn a little bit about monks. And more importantly: Trappist Monks. The first monastery originated in France in the mid-1600s, when certain monks decided that their order was getting a little too liberal (someone probably coughed during a confession). These monks traditionally only speak when necessary, but, most importantly, they created some kick ass beer, and that is something we can get behind. While this specific style doesn’t *have* to be Trappist, certified Trappist beers can only be certified authentic if they are from one of the TEN Trappist Breweries. The first US Trappist Brewery opened barely two years ago in Massachusetts.

Belgian Tripels (or 18C, according to the BJCP) are a sub-style of Belgian Strong Ales. Strong Belgium Beers have existed since the early 1990s but the Westmalle Trappist Brewery wasn’t satisfied with the name Superbier, so that changed it to Tripel barely 60 years ago (we prefer Superbier but to each their own).

Why is this is such a super beer, you ask? Because it has three times the amount of malts as the standard Trappist beer. It’s also generally super high in alcohol content but you should *not* taste it. That is a sign of a poorly made Tripel, one that the monks would not be proud of. Tripels are going to be significantly lighter than their brother, the Dubbel, because of the added hops, ranging in a color of deep yellow to deep gold. You should taste and smell for spicy and floral notes, and especially Belgium malts. However, the better Tripels are going to have the perfect balance of malts and hops and make for the perfect sipping beer.

If this particular story and beer tickled your fancy, All About Beer has a fantastic article.

Thank you to Katie for providing us that wonderful little beertory  (it’s a new phrase I’m trying to introduce beer + history or beer + story) 🙂 Anyway onto the beer….

I’m going to be up front with you fellow beer drinks, tripels are not my favorite. I have an aversion to certain yeasts and often times tripels utilize some of those yeasts. The other thing that keeps me from ordering them on a regular, and that Katie mentioned, is that some have a strong alcohol finish. Tripels much like stouts for me are a try it before I commit to a full glass kind of beer. I am changing it up this beer tasting and doing one California brewery (must drink local!) and one new to me brewery from Ohio. 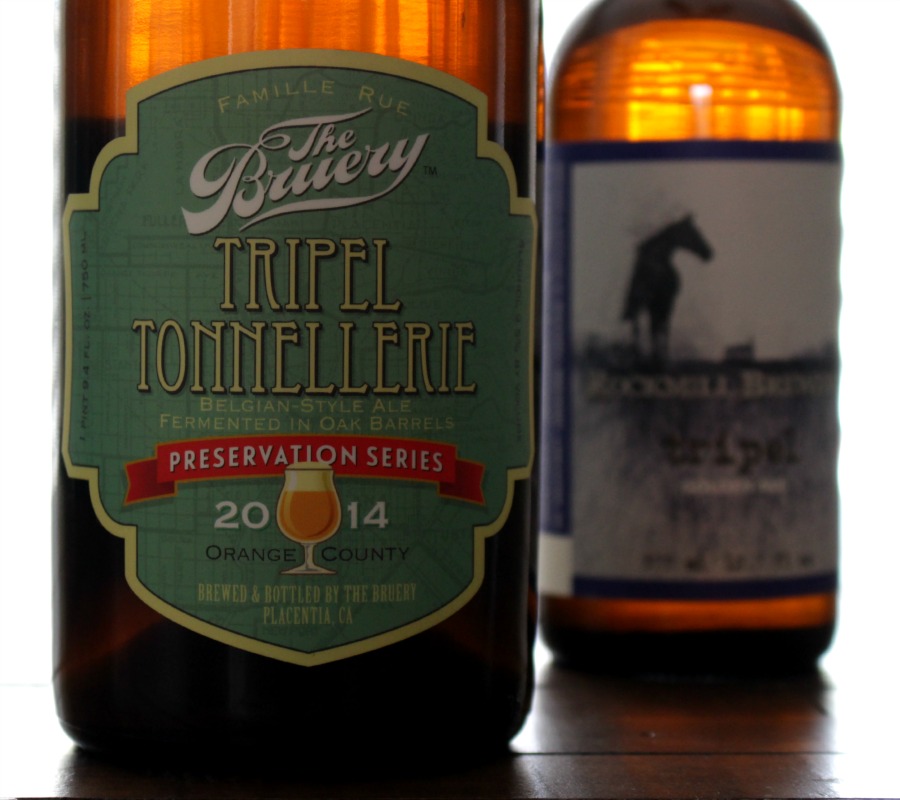 This beer is a Southern California only distributed beer, according to their website. The Bruery is a fairly widely distributed brewery, we would get many of their beers when we lived in North Carolina. Many of The Bruery beers I either love or hate, few are just so so for me. Lucky for me this one was quite good. I wouldn’t go as far as love, but it was good and quite good in my opinion for a tripel.

Smell: I do not pick up much aroma. A touch of earthiness and a hint of alcohol fumes. When poured it had a very light head, that dispersed quickly.
Taste: Well carbonated and dry. Mouthfeel was round but light. I pick up some notes of fruitiness, it finishes dry with slightly sour notes. When I wrote my tasting notes out I mentioned the sour notes were probably from the oak barrel aging, and when I looked the beer up to link it, the description said the barrels were actually injected with wild yeast. So, the sour notes were an on purpose occurrence. As it warmed up the alcohol notes did start to show up, but this was a well done tripel. I let my glass sit a bit too long between tasting and finishing. The ABV is a 9.5% and the IBU is only a 6 (meaning very little hops). 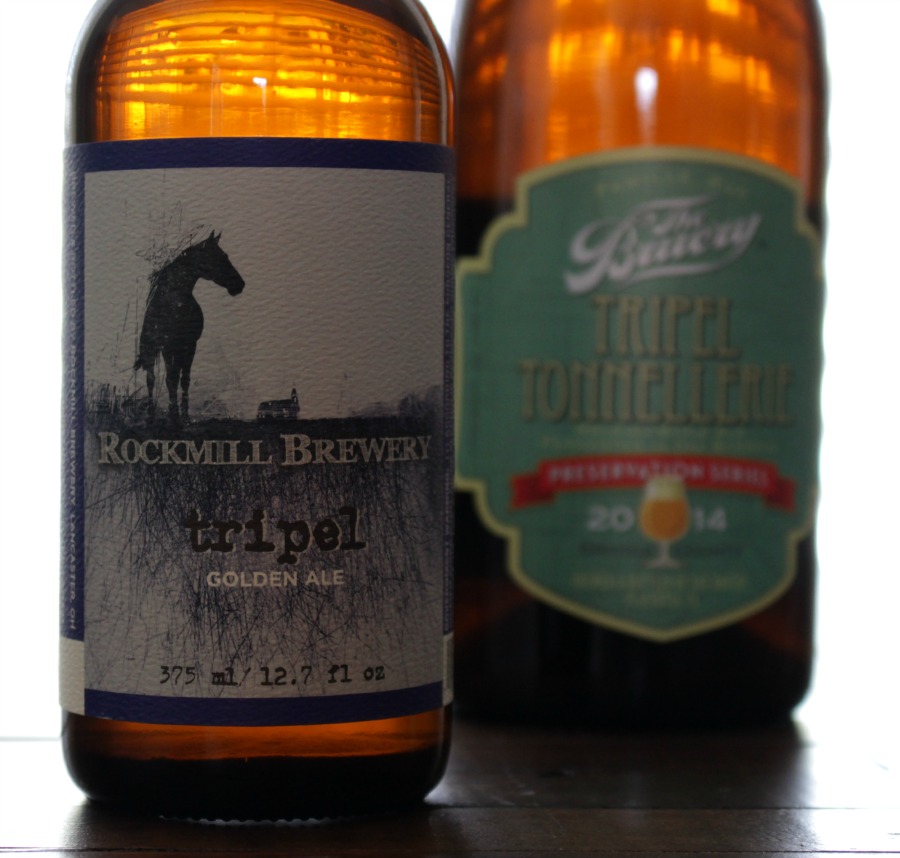 Smell: The aroma is sweet, with a strong fruitiness, dark fruits, not tropical in nature.
Taste: Highly carbonated, sweet in the front but with dry mouthfeel. The sweetness does linger in the aftertaste. The ABV is 9% and IBU is 36 which is at the higher end of hopping for a tripel. I did pick up some bitter tones towards the end but no straight forward hoppy notes. I like the Bruery tripel better, but mainly due to the sweetness I pick up in this one, as I said I’m a dry drink girl 🙂 I would be willing to try give another Rockmill beer as shot.

Link your adventures in tripels below!! The next Into The Pint Glass swill be Amber ales on April 2nd! Look for beers that say amber or red ale!