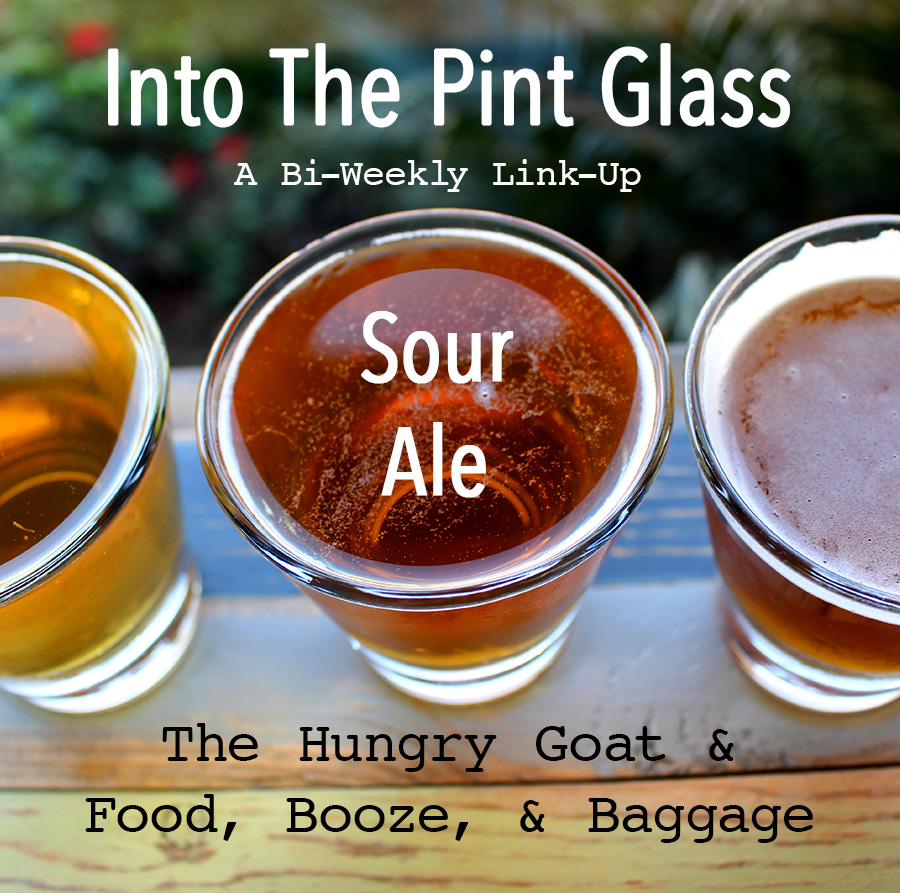 Hello fellow beer drinkers! Today we are diving into sour ales. Sour ales for me are a mixed bag. I’ve found they can be REALLY good or they can be REALLY bad.  I managed to chose one of each for my tasting :P. Into The Pint Glass has made me realize that I am much pickier than I thought with my drinking. My beers need to be balanced or I’m not a fan.

Katie is providing us with a little more intel on the style that is sour ales….

Sour beers are the coolest because they get crazy into science. Brewers intentionally put bacteria into the beer to essentially spoil it. Now, yeast is always thrown into wort (that’s beer before it has fermented) and those yeasts eat the sugars. But with sour beers they throw in additional bacteria, such as Lactobacillus and Brettanomyces wild yeasts, to create the fruity and earthy flavors. Or, they go back to the basics and let the natural yeasts and bacteria into the beer and let nature take its course. This particular style takes a very long time to mature to its state of perfection, which is why they are generally a more expensive purchase when it comes to alcohol.

There are six different sub-styles to Sour Ales but there are three that are the most popular in American Craft Beer.

Berliner Weisse’ are a sour wheat beer that is traditionally more light in color. It was once called the Champagne of the North by Napoleon’s returning troops.
Flanders Red Ales are deep red, light brown sour ales that could be considered the red wine of beer (without the tannins). Fun fact: if your Flanders is red than it was aged on oak but if it is more brown, it was aged in stainless steel.
Straight Lambics are a sour and acidic wheat-based beer but unlike other weisse’s, not all will be cloudy. In fact, some will be on the more clear side. This beer is on the endangered species list of beers in Brussels because fewer and fewer traditional farmhouse breweries are producing this product.

While I was most certainly a beer drinker prior to meeting P, sours were not a style I had tried (maybe once) prior to P introducing me to them. We use to scour the beer stores for any Jolly Pumpkin brews we could find. I think sours have become more popular in American craft brewing in the last 3 years or so. P and I visited Cantillon Brewery when we were in Brussels, and it was very interesting to see. They specialize in wild yeast brewing, of mostly lambic style sours. You can see some pictures in my Brussels post. I’ve never seen a brewery like it before or after. 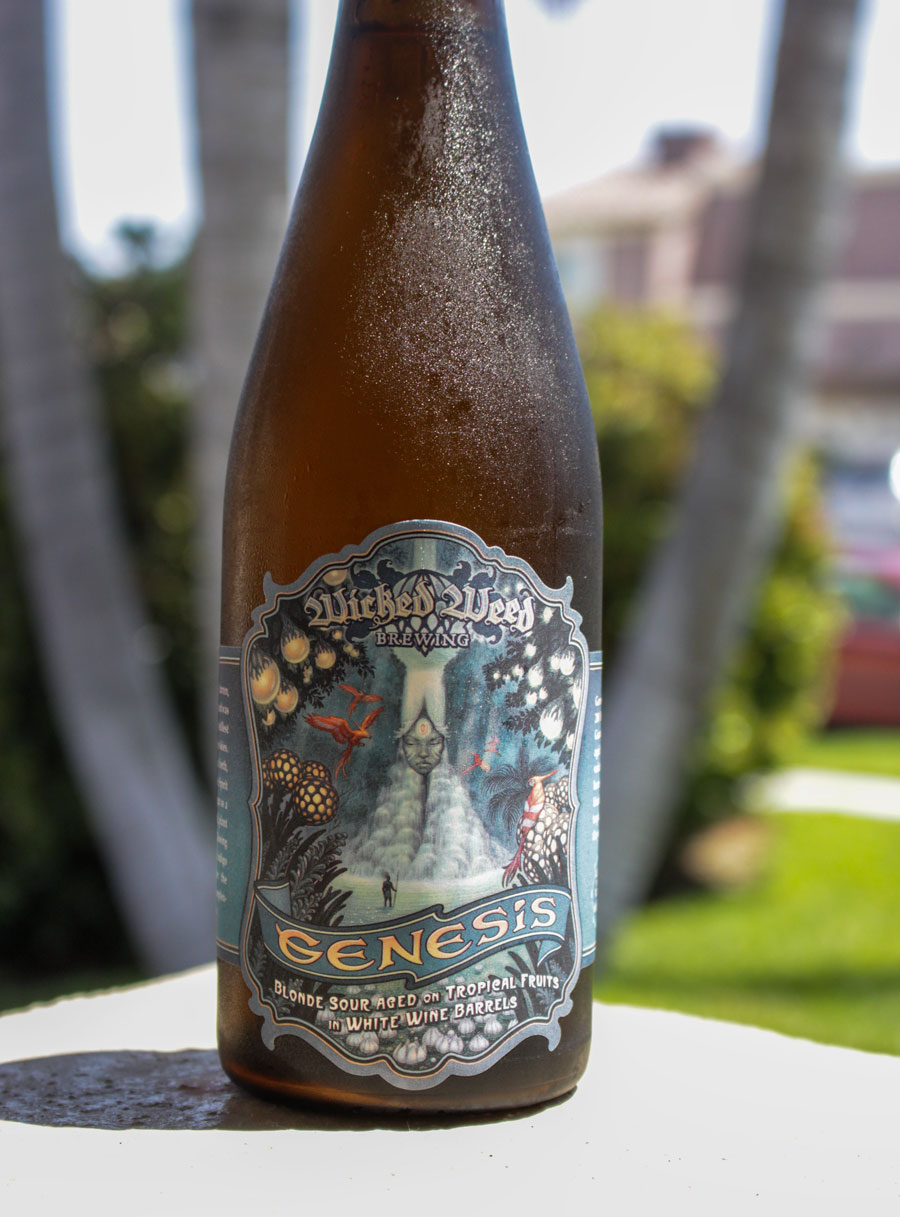 My first beer, is one we brought along with us from NC when we moved. Wicked Weed is a fantastic brewery in Asheville, NC. It is arguably one of the best in NC. They are very innovative. If you are in Asheville you HAVE to add them to your brewery tour. Make sure to visit their downstairs bar too, because they usually have beers not listed on the upstairs “pub” menu. Genesis had an ABV of 6.6%.

Smell: Very little aroma. Hint of fruitiness, but not very much of a smell.
Taste: Very little head when poured. It was not highly carbonated. VERY dry, finishes clean with just a little tartiness. No lingering aftertaste, more tart dry than sour. It is quite reminiscent of wine.  Hints of fruit, though the only one I can identify is mango. It was aged on mango, pineapple, papaya, and guava. No hoppiness or maltiness present. This one was my favorite. Loved this beer! 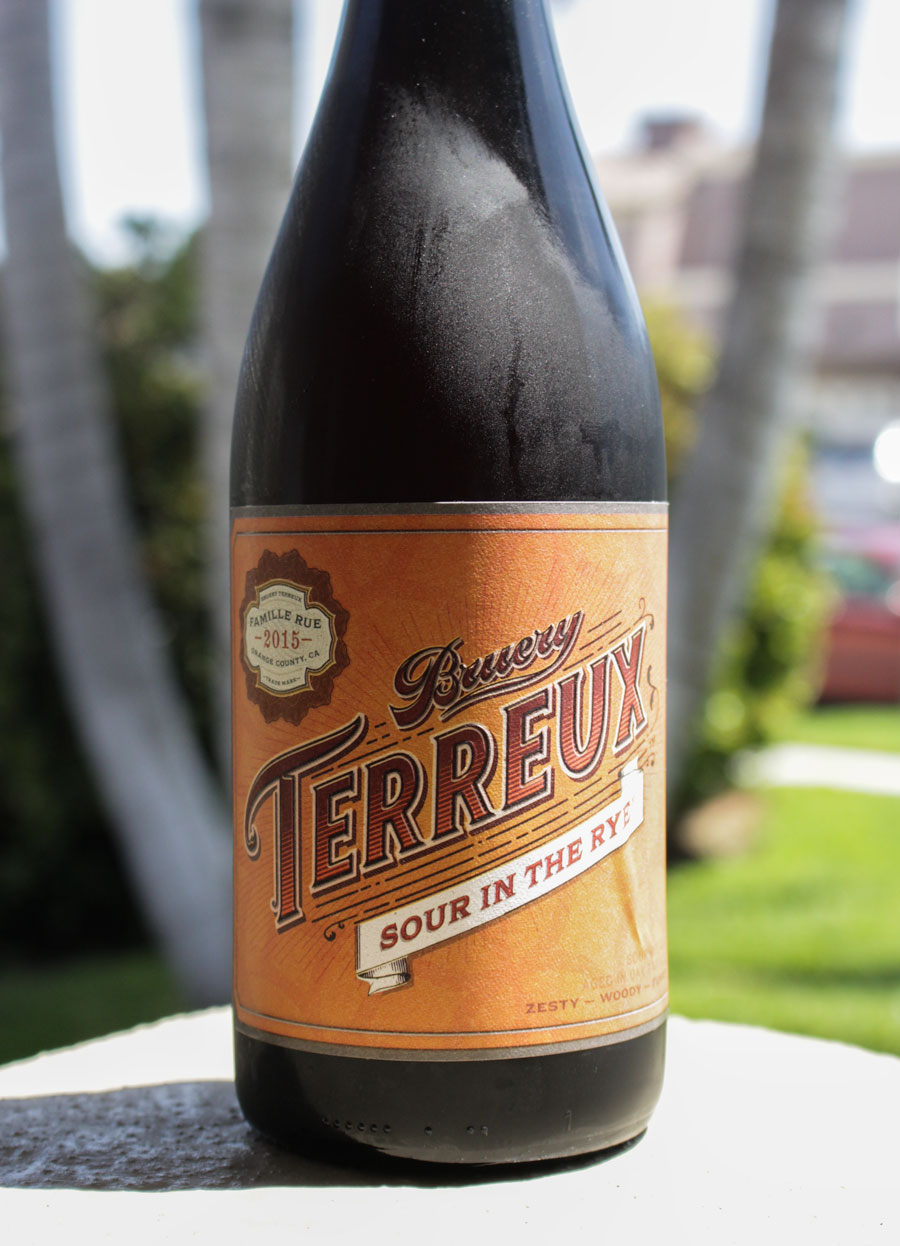 I’ve learned so much more about the breweries and the beers I choose for Into The Pint Glass, than I would otherwise. This beer is not just brewed by The Bruery, but actually by their new boutique sub-brewery, Bruery Terreux. Bruery Terreux specializes in just sours and farmhouse ales. Sour In The Rye has an ABV of 7.6%.

Smell: Sour in smell, very funky, yeasty, fermented fruit smell.
Taste: The first sip was lip-puckering sour. Medium to high carbonation. The sour is back of the throat tart, after a few sips it gets to be overwhelming. I would say, not a bad beer if I only had a taster size of it. Half a pint was my maximum endurance. It started to remind me of vinegar. The sour just built, and I got very little other flavors after the first few sips. There was a touch of sweetness in the very beginning. I prefer my sours to be a bit more restrained and balanced.

The next Into The Pint Glass is May 28th with Saisons, which happens to be one of my favorite styles! Since May is both mine & Katie’s birthday month, we each chose our favorite beer style to share 🙂

I’m happy to report Into The Pint Glass will be continuing after May, and the new beer schedule will be shared next post.

Now link-up your sour experience! Was it lip-puckering or just right?