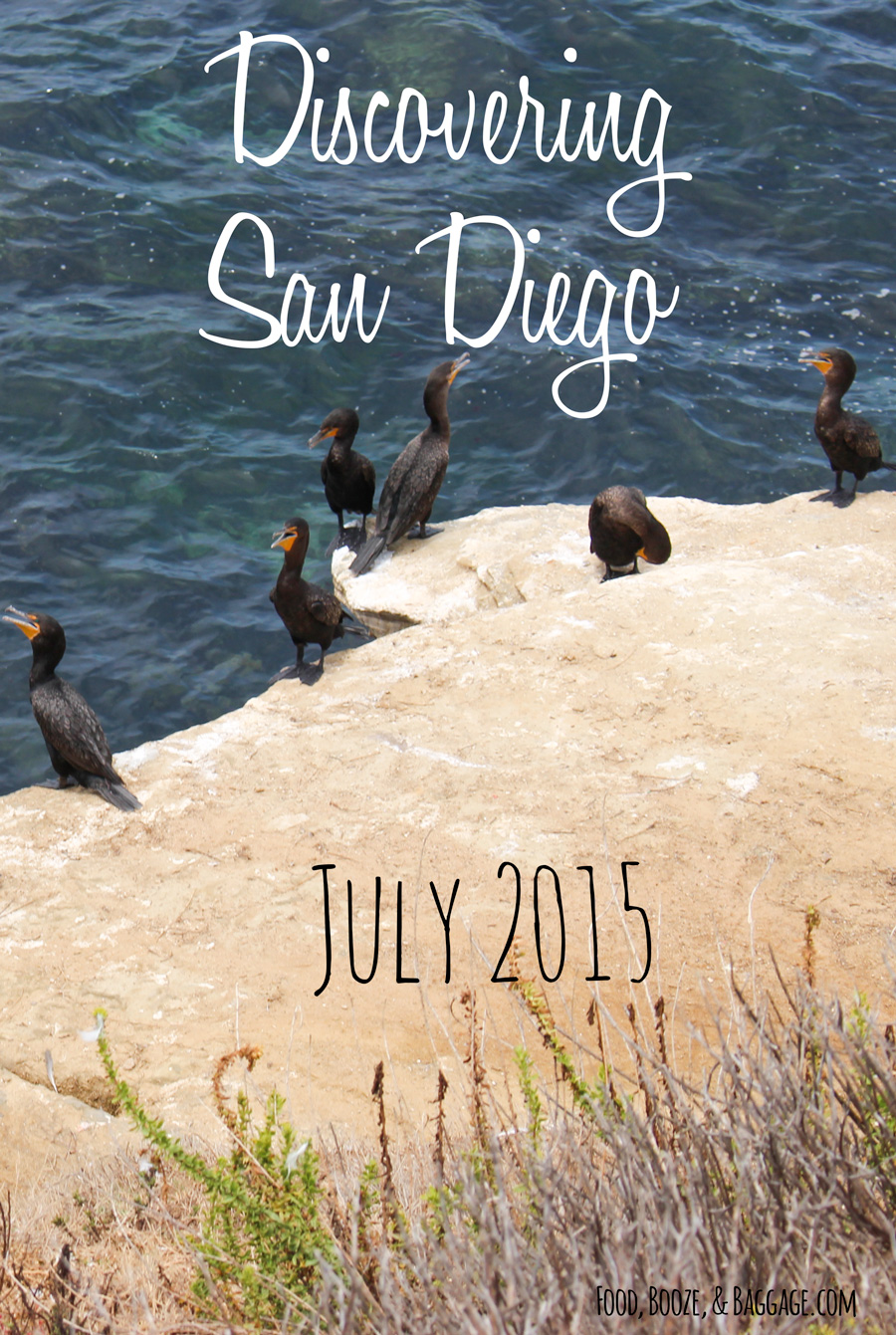 Welcome back summer! The weather was so much better this month, than in the last few months. I’m happy for the warm weather and sunshine again. Of course the week that T visited, it rained…it’s our curse, when B&E visited in May, it rained too. So this month was not so great for Discovering San Diego, again since T was here there were a lot of repeats this month, and P and I were out-of-town for one weekend. We need to get back to trying new places. These were the ones we were able to cross-off in July…. 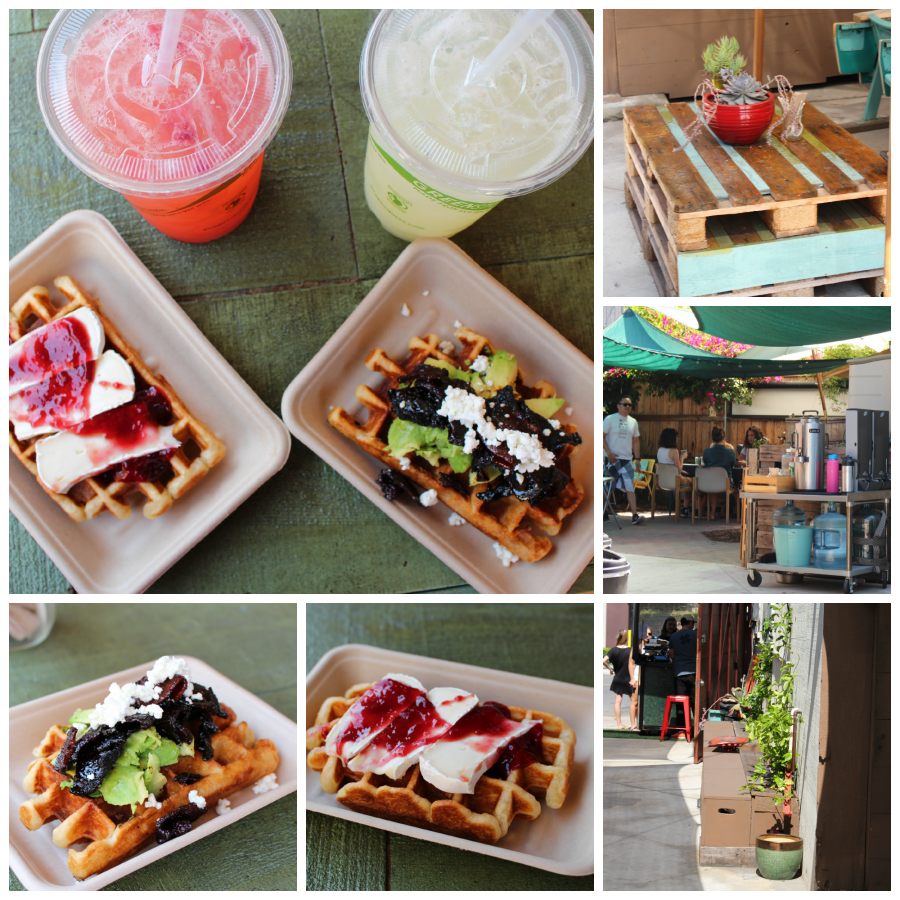 Is a food truck, that has a space for a few days a week in North Park? It’s hard to exactly describe the situation, other than it’s tasty, and you need to order the lemonade. It was a bit of wait for our food, not stressful, just a wait. We want to go back and get one of their more traditional waffles! I had the brie and jam, so good, and P had the avocado, candied bacon, and goat cheese, and that was good too. I think P’s would have been better with a little drizzle of something, like the fig balsamic maybe 🙂 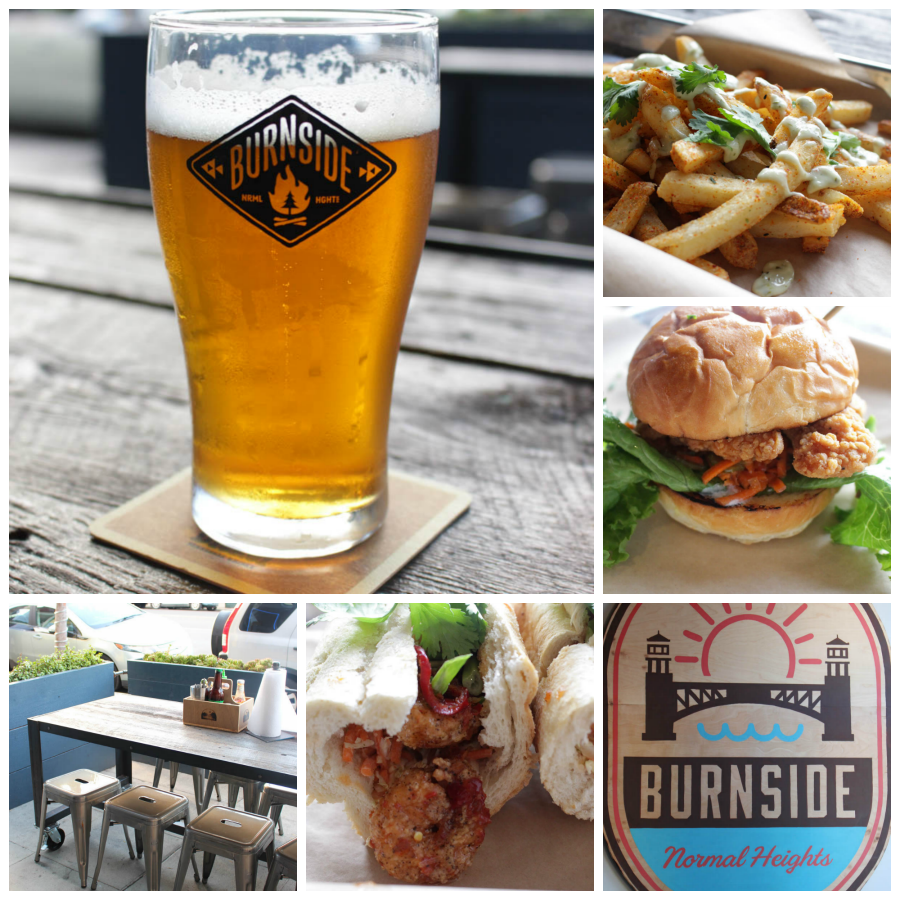 Had such high hopes for this place, the menu looks amazing. It was good, but not great. I think it might be partly the bread, just not as high quality as we would like. I had the Po Boy which had good flavor, watch out because the spice grows on you. By the end, my mouth was on fire. I wasn’t as impressed with the Buttermilk Fried Chicken sandwich, it just seemed dry and lacked flavor. I think some blue cheese would have helped perk it up. I was pretty disappointed with the Street Fries, there wasn’t a whole lot of the aioli on them. While the food could be better, the space is the cutest! I think we will be giving them a second chance. 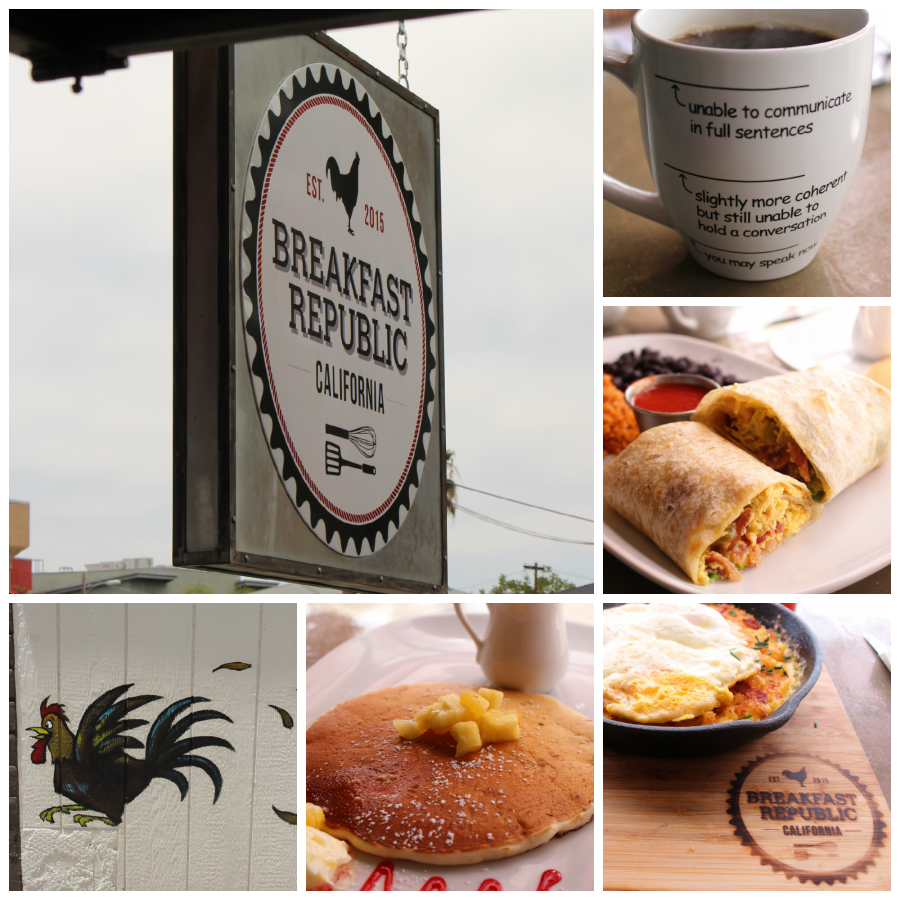 This is the newest hot spot for brunch in the Hillcrest hood. Lines have been out the door, for this place, that has only been opened a few weeks. Lots of buzz. Another place that falls under, it was ok, but not great. I ordered the breakfast mac and cheese, and while nothing was wrong, it just didn’t pack the same flavor punch the Urbane Solace version. I’m glad I went with the regular bacon, and not the jurassic because I think the hint of sweetness would not have done the dish any favors. P got the Rob Benzon burrito, which I enjoyed more. You can also order a pancake as a side, which I’m such a huge fan of. I got the pineapple upside down one, and it was ok. I liked the flavor, but nothing about it was really upside down, it would be better if they caramelize the pineapple. I liked Snooze’s version better. We would probably give it another try, so nothing was a deal breaker. We went and there was a line, but we didn’t have to wait for a table. If you are willing to sit at the bar or communal table, you may be able to skip the line, so don’t walk away without checking. 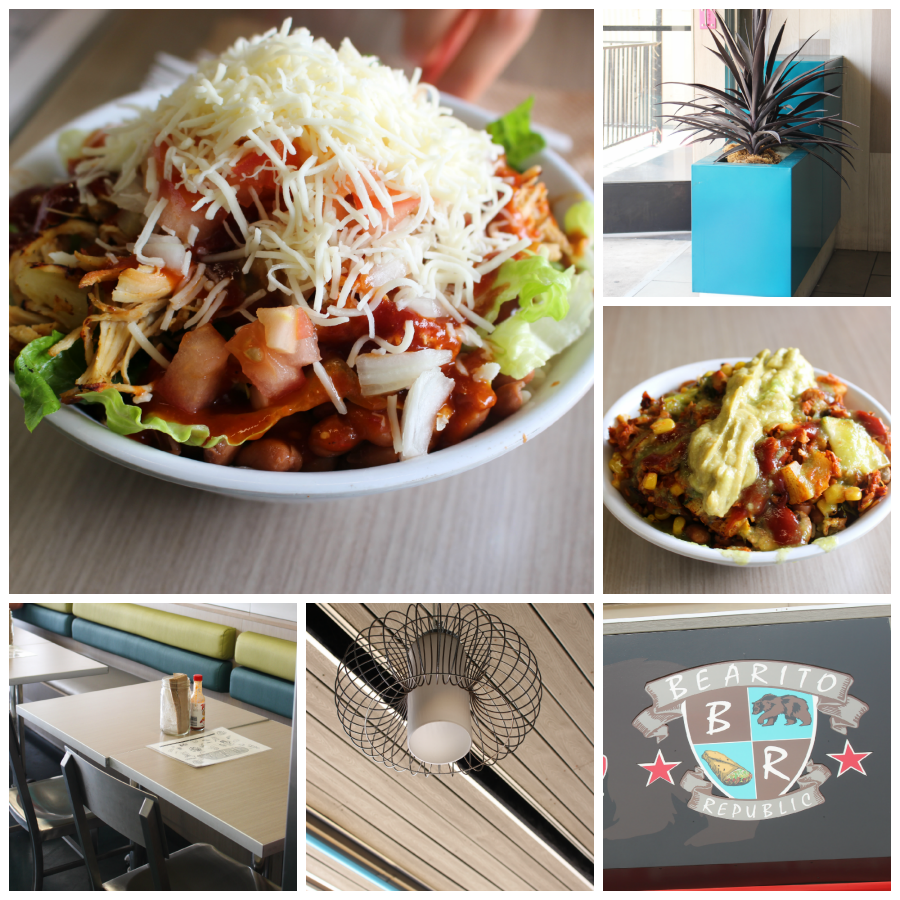 A cute little casual burrito spot in Hillcrest. Great pick for those of you who are vegan or vegetarian…and for those of you that are neither one. The bowls and the burritos are both very generously portioned. I tried the BBQ Chicken Bowl. It had very nice flavor and hit the spot. More california burrito than Mexican inspired. This is a great pick for a casual lunch or dinner. No fuss, no muss 🙂 Also the soda was tasty! 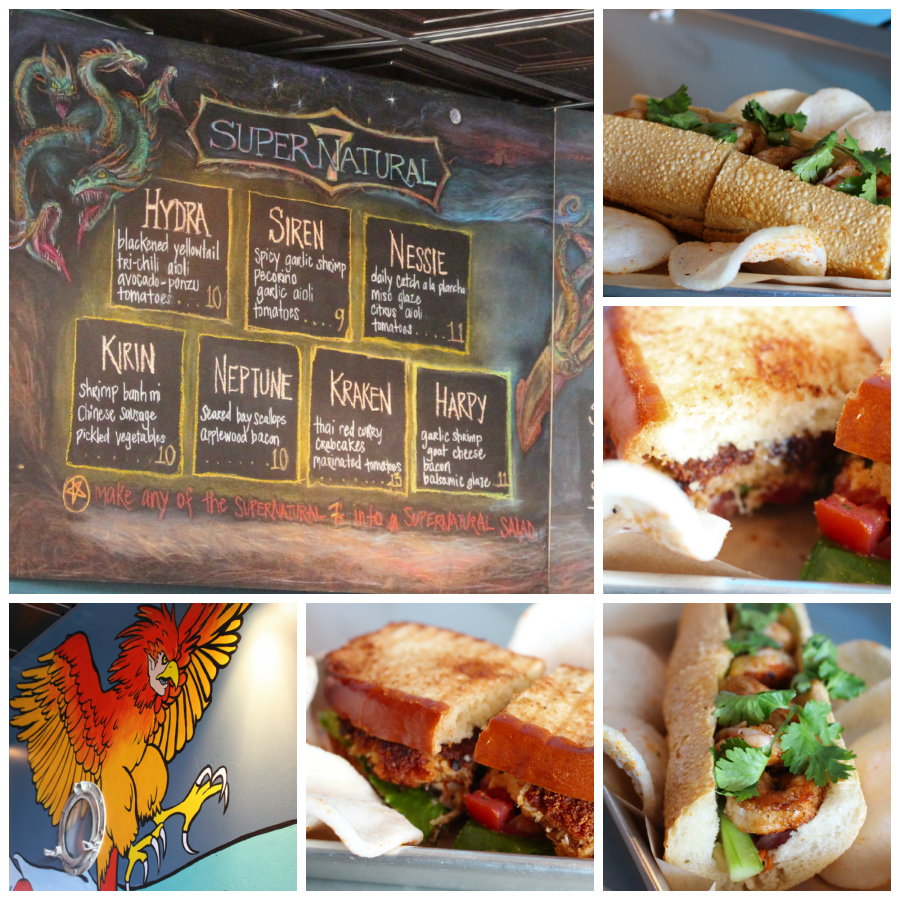 A mostly seafood orientated sandwich shop. A small place tucked into a shopping center, that also happens to be just up the street from Saint Archer brewing. We got the Kirin, the shrimp Bahn Mi and the Kraken, the red curry crab cake. They were both good, but the bread on the crab cake one was crumbly. I liked the bread on the Bahn Mi much more. Good flavor on both, we would seek it out again. Next time the lobster roll, I wasn’t feeling garlic:) 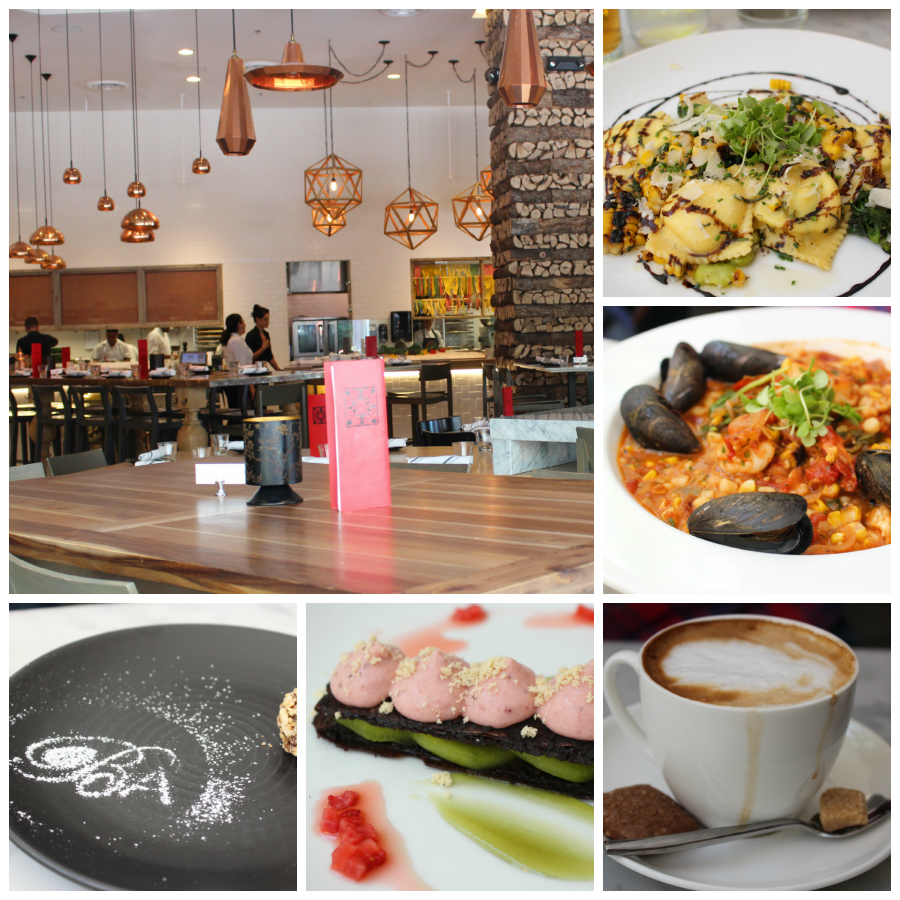 S & I tried this for lunch one day, it was ok, but not great. Now the dessert it was great 🙂 I had the ravioli, and it was a bit bland, nothing too special about it. S got the special of the day, a seafood stew which was good, but could use a bit more seasoning as well. When not completely satisfied with a meal, I tend to need dessert, so we ordered the strawberry napoleon, which did not disappoint. 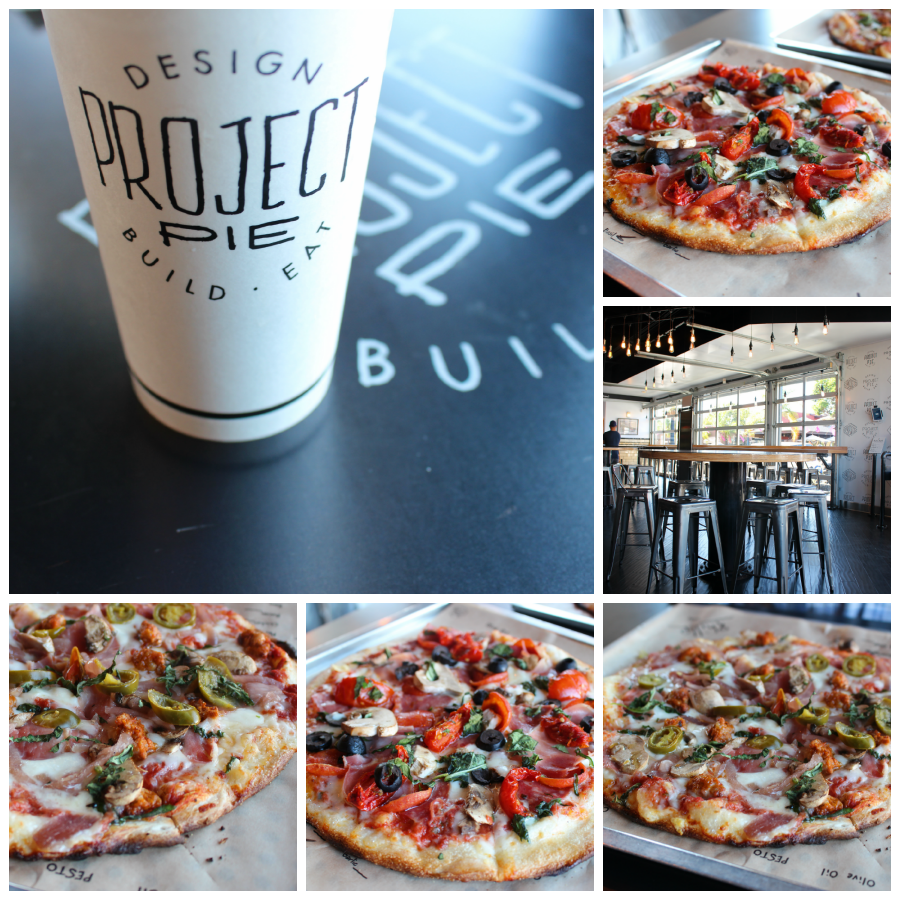 Kind of like a subway for pizza. It was actually much better than expected though. You go through the line and pick what you want added to their pizza, then they pop it in the oven, and dinner! It was neat decor, and we can say we tried it now. There are so many pizza places in San Diego, I’m not sure that this will be one that will come back up again. Of course it would be a good option for a evening you are starving and want to skip the drive-thru. 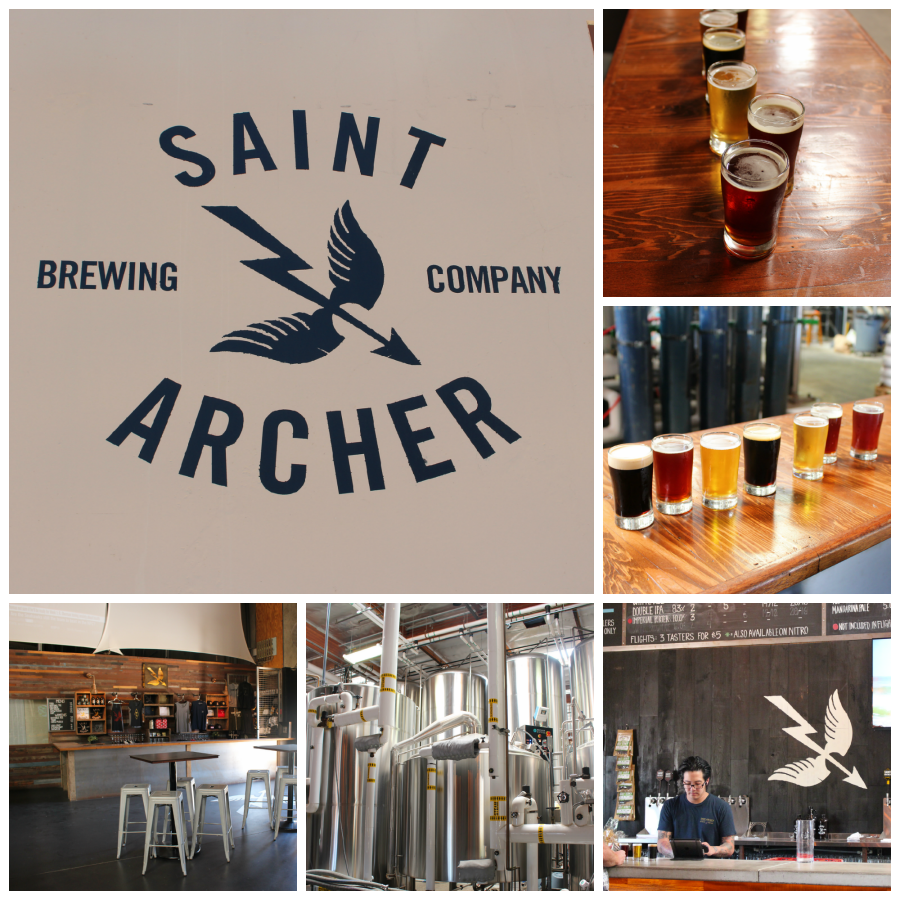 Glad we got to cross this off before their buy out was announced. Good selection of beer, with some not widely available. Large space, but not a whole of seating space.

One of the big dogs in San Diego brewing. Nice outdoor space, but no seating inside. Broad beer list with a few seasonal beers. Nice spot,  I was happy to cross it off the list.

We got two hikes in this month too, I’ll be sharing those later this month!! I also tried Paddleboard Yoga, which was enjoyable. I was the first one to fall off my board. I’m wanting to try it again. P and I also finally made it to Los Angeles this past month as well!!

What was your favorite adventure from July?