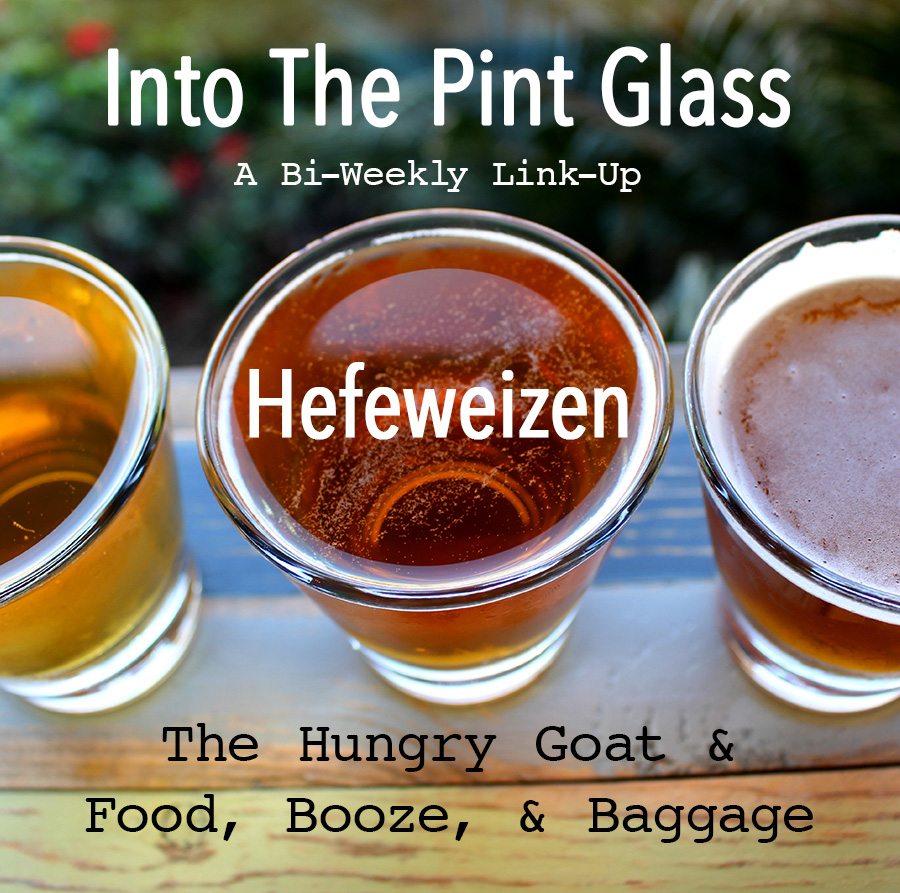 Well HELLOOOO THERE!! Katie and I are back Into The Pint Glass, that time of the month where we drink and talk about beer, and today we are discussing Hefeweizen. This is one of the styles I’m know, for well, pretty much hating except for a very select few. However, this is also a style that many people are a huge fan of. Let’s talk a little more about the style and then I’ll explain where my dislike comes from (because I know you guys are dying to hear all about it)…

Hefeweizen is a German-style wheat beer, also known as Weissbier. “Hefe” means yeast and “Weizen” means wheat, so Hefeweizen translates as yeast wheat. Unique to Hefeweizen is it’s phenolic character, producing flavors of clove and banana. Other flavors associated with this style is bubblegum or Band-aid. By German law it must contain at least 50% malted wheat. Of course American craft brewers do not have to hold this standard. Hefeweizens are noted for their low to no hop bitterness. Most hefeweizens are cloudy due to their high wheat content and yeast sediment, however they can be filtered, to produce a Krystal version of the style.

Hefeweizen has deep roots in Bavaria, though referred to in Germany as Weissbier (not Hefeweizen). Weissbier means white beer, which you will recall from the Wit post, that Witbier is also referred to as white ale. However, Hefeweizen/Weissbier and Wit are two different sub-styles of wheat beer. They are not the same. Hefeweizen is more malty and has the characteristic yeast flavors, whereas Wit is characterized by the addition of spices. Hefeweizen’s origin is German and Wit’s is Belgian. It can be confusing…so just drink it 🙂

Now back to me and my issues….I do not like the characteristic flavor profile associated with Hefeweizen, that banana, clove, bubblegum flavor profile makes me gag. I do like it, and can generally tell just by smell whether or not it’s a drinkable Hefeweizen for me or not. I don’t think it’s a beer style I’m ever going to adapt to. 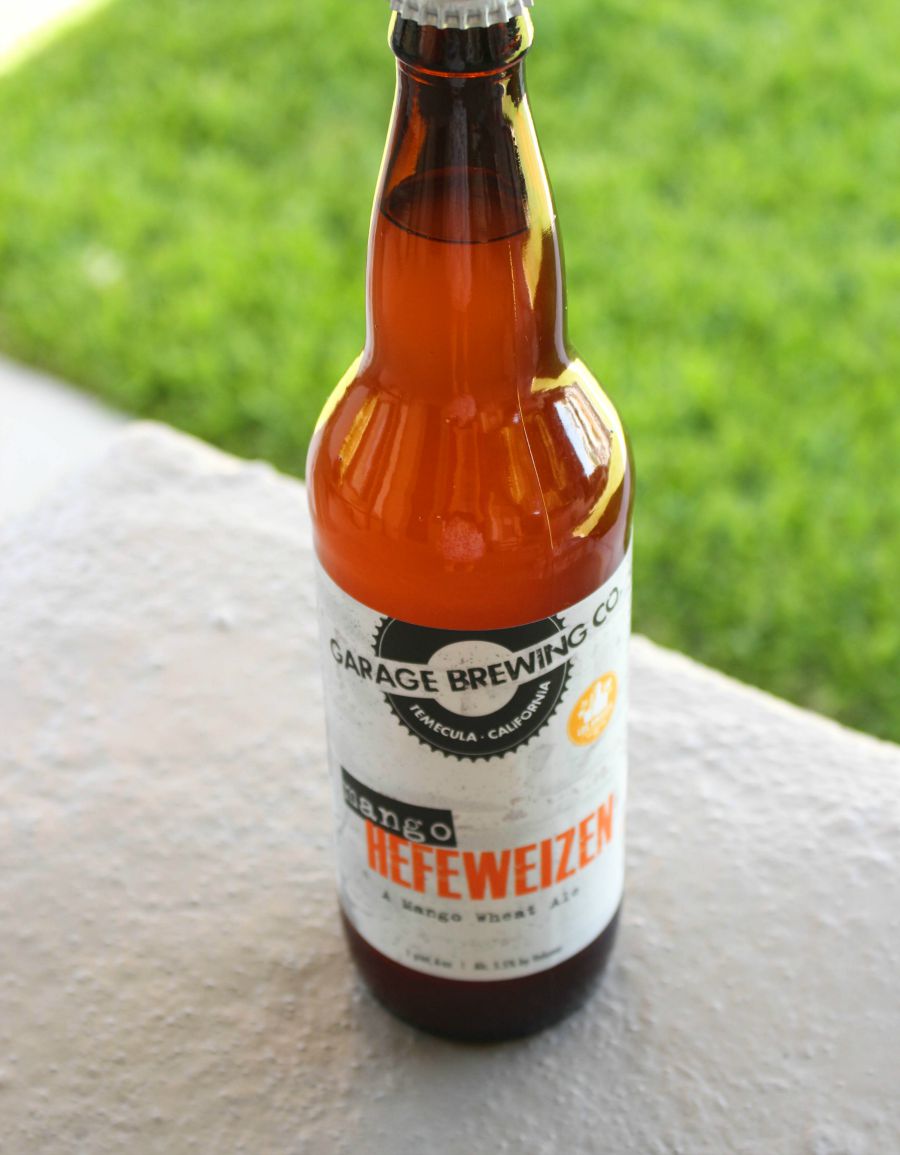 I decided to grab this one because 1. mango (I like mangos) and 2. I had never tried Garage Brewing.

Smell: Super fruity, definitely mango, but I also picked up orange. This smelled like juice, it is that fruit forward. This one did not turn me off already in the smell department, onto tasting.

Taste: Crisp, a little tart/mango/orange flavor, well carbonated, and overall quite refreshing. This had none of the banana/clove flavor profile, or it is well masked. It was not that fruity in taste, despite the smell. Yay, I picked a winner! This would certainly be a hefeweizen I would drink again. This has an ABV of 5.5%, so a good middle of the road beer for sipping.

Do you have a beer style that you identify as one you know you dislike? Don’t say all of them, because my response is you just haven’t tried enough 🙂