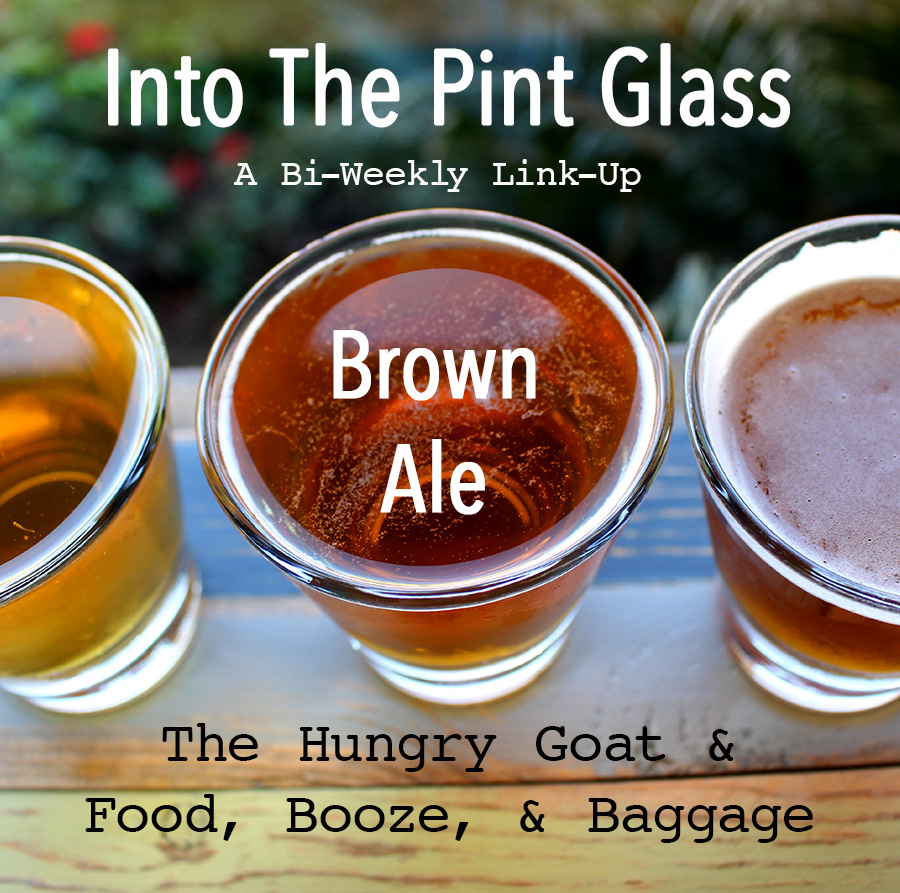 Welcome back to Into The Pint Glass, with myself (duh) and the lovely Katie of The Hungry Goat. I actually had the opportunity to have a beer in real life with Katie this week!! Of course I totally forgot to do a picture, because, well, I’m a bad blogger. We only have two more beer styles left after this one 🙁 The good news is the next Into The Pint Glass is Pumpkin Ales (October 15th), which I know is a favorite among many beer drinkers. But now, let me tell you a bit about Brown Ales…

Brown Ale is a style of beer, that as the name implies is brown to amber in color. It originated in London, in the 18th century, it was a beer that was brewed with 100% brown malt and lightly hopped. Like most beer styles it has evolved from it’s original form. Today brown ales include sweet low alcohol mild ales, nutty bitter browns, ambers that have medium hoppiness, malty sweet, nutty sweet, and malty slightly hopped ales. A notable example in the English brown ale style is Newcastle. The Brown Ale style has a lot of room for interpretation, but mostly expect a certain level of maltiness and of course a brownish color. The mouthfeel for a brown ale should not be heavy and it should not be overly roasty in flavor, there is a taste differential between a brown ale and a porter or stout.

I’m a fan of brown ales and it’s up there in my normal rotation of beer styles to order. It’s usually a nice, well-balanced, easy drinking beer. 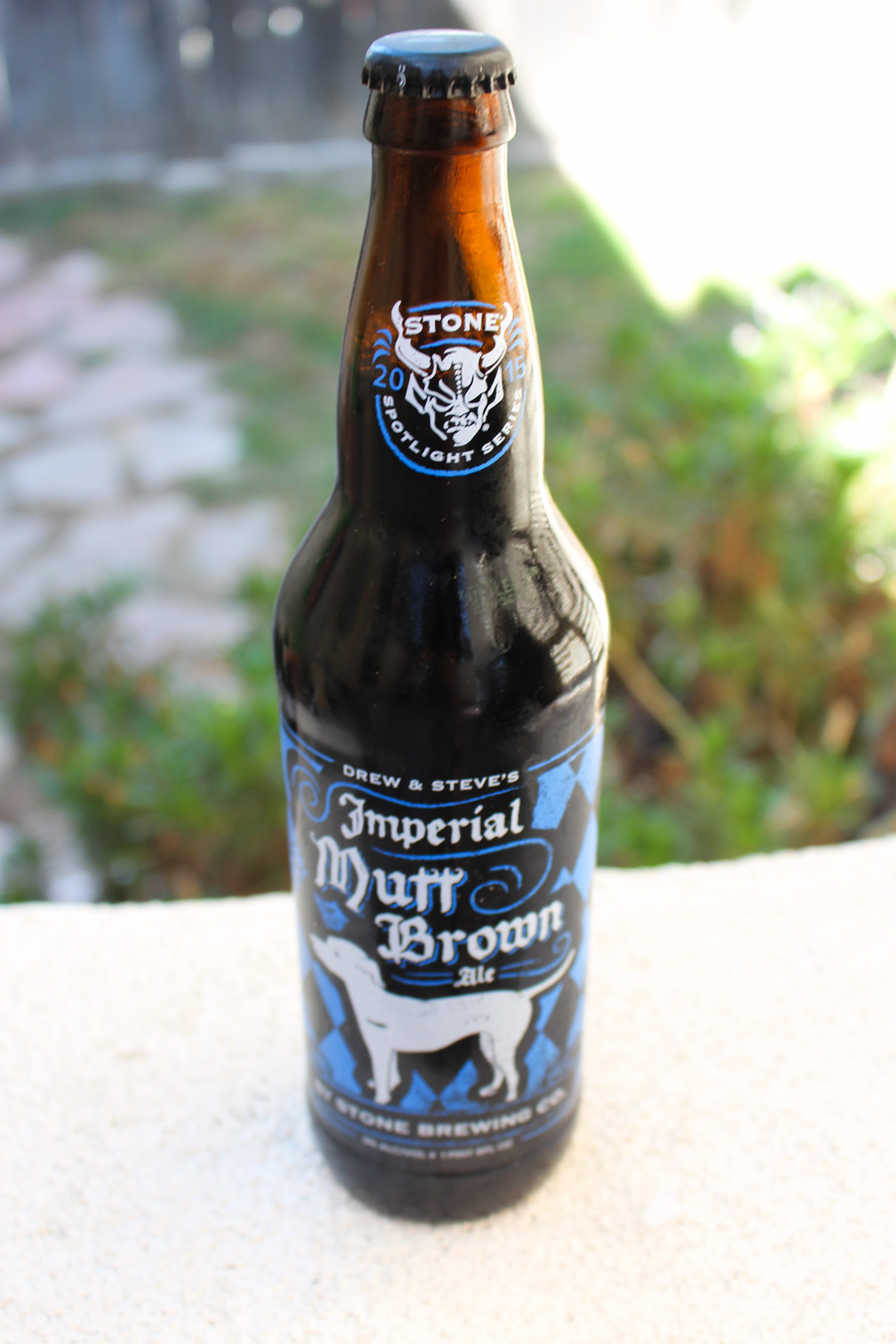 Taste: Lighter mouthfeel than I was expecting for an imperial version, which was a good thing for me. A touch of roastiness with a juicy finish, maybe raisin in flavor, but not in an off-way. Finishes pretty clean. 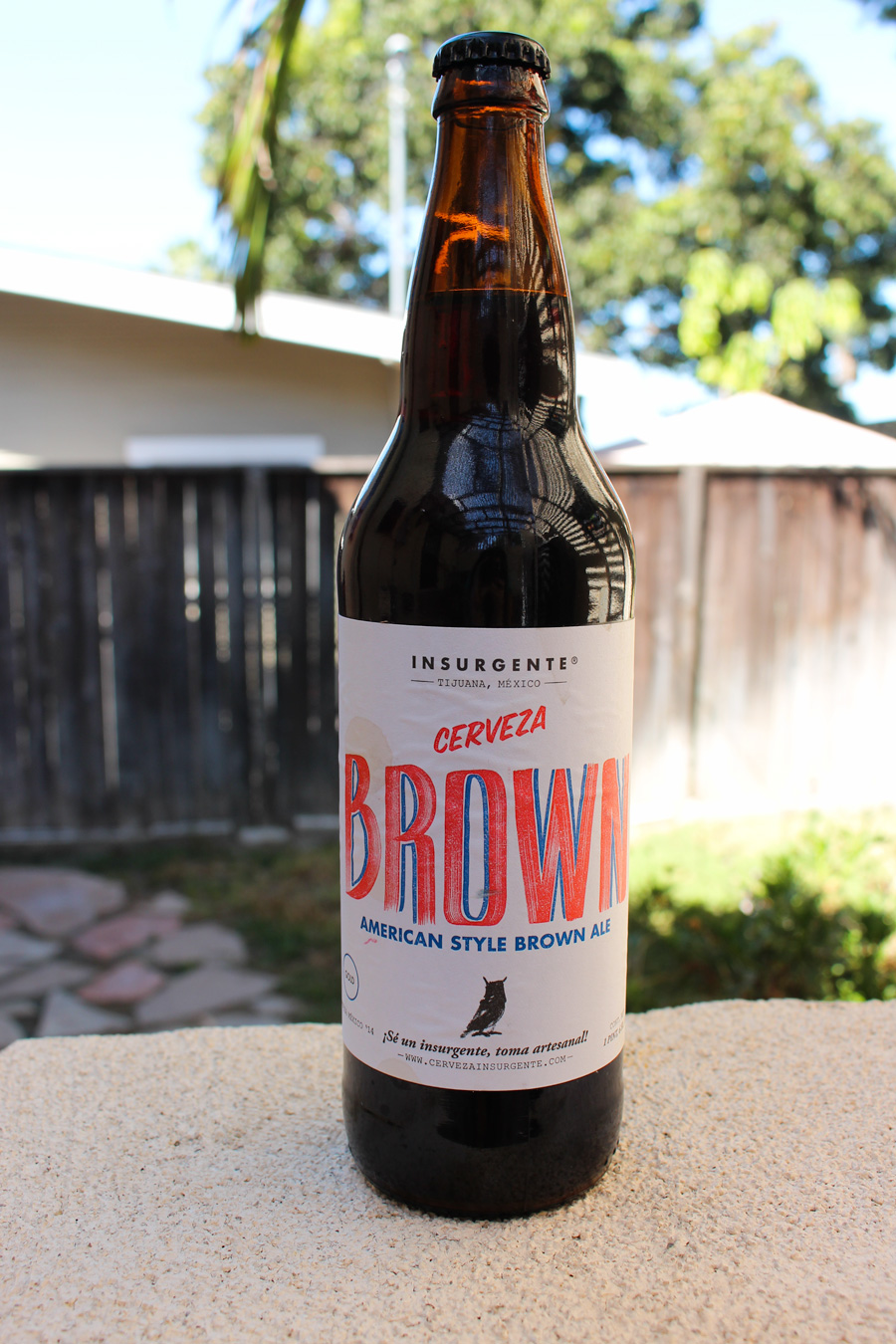 My first beer from Mexico I’ve featured on Into The Pint Glass.  Did you guys know that Tijuana has like 70 breweries. I did not go to Mexico to get the beer, it was from our local store, right down the street.