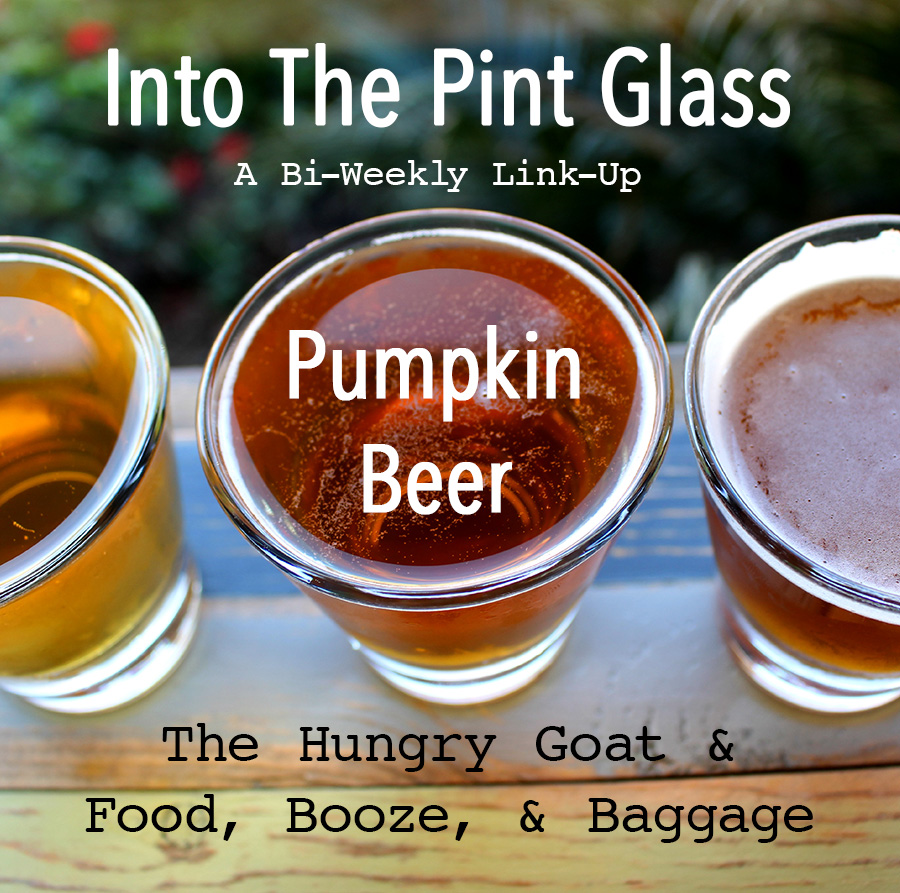 Today is the day, it’s PUMPKIN BEER day!! I’m interested to see what everyone has come up with for this one. You have two-weeks to pick up a pumpkin beer of your own and join Katie and me! I even included a few lists to help you out, to sample some of those deemed “best” if you don’t want to roll the dice.

Pumpkin beer is not really a defined “style” of beer. It’s basically a fruit beer; a beer based on its additions not the base style of the beer brewed. For example, a pumpkin ale, may start out as a saison, a brown, a stout, or whatever and then the pumpkin and spices are added to it. Under the BJCP guidelines, pumpkin beer is classified under the Spice, Herb or Vegetable beer category. Pumpkin beers can contain real roasted pumpkin, pumpkin puree, pumpkin flavoring, and/or just pumpkin spices (like nutmeg, cinnamon, clove, ginger, and allspice). This beer is wildly popular in the US market. It’s a seasonal beer, released in the Fall. It’s the beer lover’s answer to the Pumpkin Spice Latte.

It’s also a hotly debated issue in terms of what is the “best” pumpkin beer out on the market. I personally don’t think there is a definitive answer for that question, but to get you started on your pumpkin beer journey here are a few lists:

I had a little fun with our next to last Into The Pint Glass, and invited a few friends over to help me out with my pumpkin beer tasting. Shannon (Brass Honey) and Ester (Local Adventurer) plus husbands in tow, came over and participated in my little experiment. We had our own little pumpkin beer show down. The beers are listed in order of voted favorite to least favorite. There was no criteria, other than voting on best liked. It wasn’t scientific 🙂

This was our results and I’ll tell you a little more about each one from my perspective below. 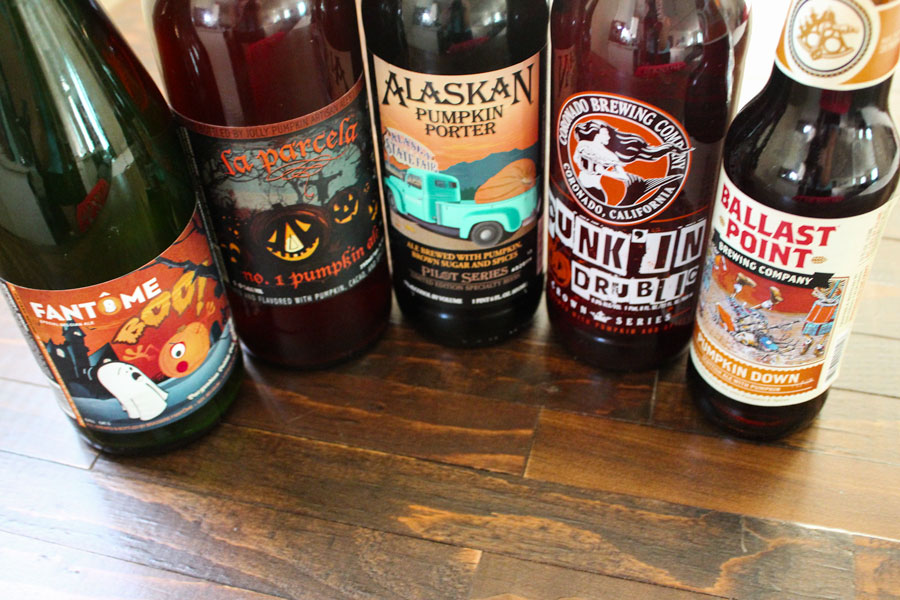 This was the groups favorite. It was a good beer, easy drinking, but not my personal favorite of the tasting.

Smell: It smelled exactly like pumpkin pie to me.

Taste: Roasty with a bit of chocolate/caramel. It had a bit of pumpkin earthiness with just a hint of spice, not overwhelming.

This was my personal favorite of the tasting. I found it had enough pumpkin and enough spice to make it a true pumpkin beer, but not overly spicy.

Taste: It is earthy, but more pumpkin spice than pumpkin. It has a touch of caramel, maltiness that balances out the spice.

This was my number 2 for the tasting and as the group our 3rd favorite. This is an imperial ale, being a bit higher in alcohol.

Taste: This was surprisingly not sweet or heavy. It seemed lighter and more pumpkin than spicy.

This one I knew would be out there for the tasting, and this was the only one that I had tried previously. It is not your traditional pumpkin beer. Jolly Pumpkin specializes in barrel-aged beer, and tend to be on the sour side.

Taste: Sour, earthy, lighter. Not much pumpkin or spice to it.

Really we just picked this up because Fantome beers are a bit of a rare find and we wanted to share it. I’m not 100% sure it was a pumpkin beer at all, despite the picture 🙂

Do you have a go-to pumpkin beer?